Deep red masses of trees bleeding within an ocean of concrete buildings presented in muted tones, an unpleasant yellow sky dominating the atmosphere. At first glance, the pictures of Vicente Munoz’s ongoing series „Sublimis“ seem to throw the observer into a dystopic, yet fictional world. But taking a closer look, one realizes that the images portray the photographer’s hometown Guayaquil, a 16th century port city and Ecuador’s commercial capital. 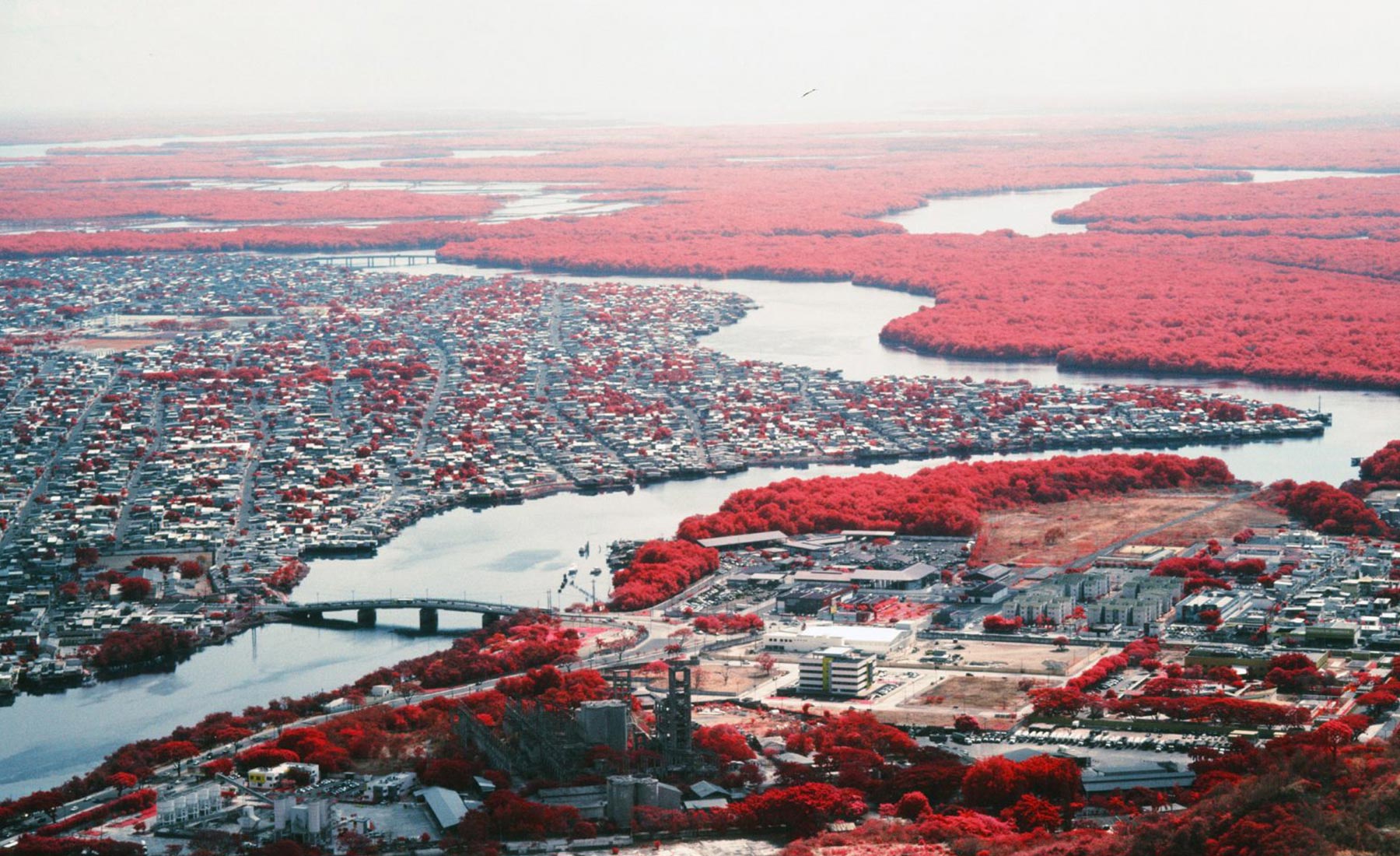 Shot with a colour infrared film – originally used for aerial photography in war zones – the green of all trees and plants in the images is changed into dramatic red and they’re captured in great detail contrasting the pale-looking built environment to emphasize the „inevitable struggle of man against nature—his desire to control and tame it through the constant thrust of urbanization.“ Munoz intends to challenge people to reflect on the extent of urban expansion and the effects of climate change on our environment as he compares the scarcity of the infrared film used (its production was discontinued in 2011) to the last vestiges of greenery found in urban areas today. „We could even infer that this means of photography helps through its quasi-extinction to assess what we still have left unconsumed.“ 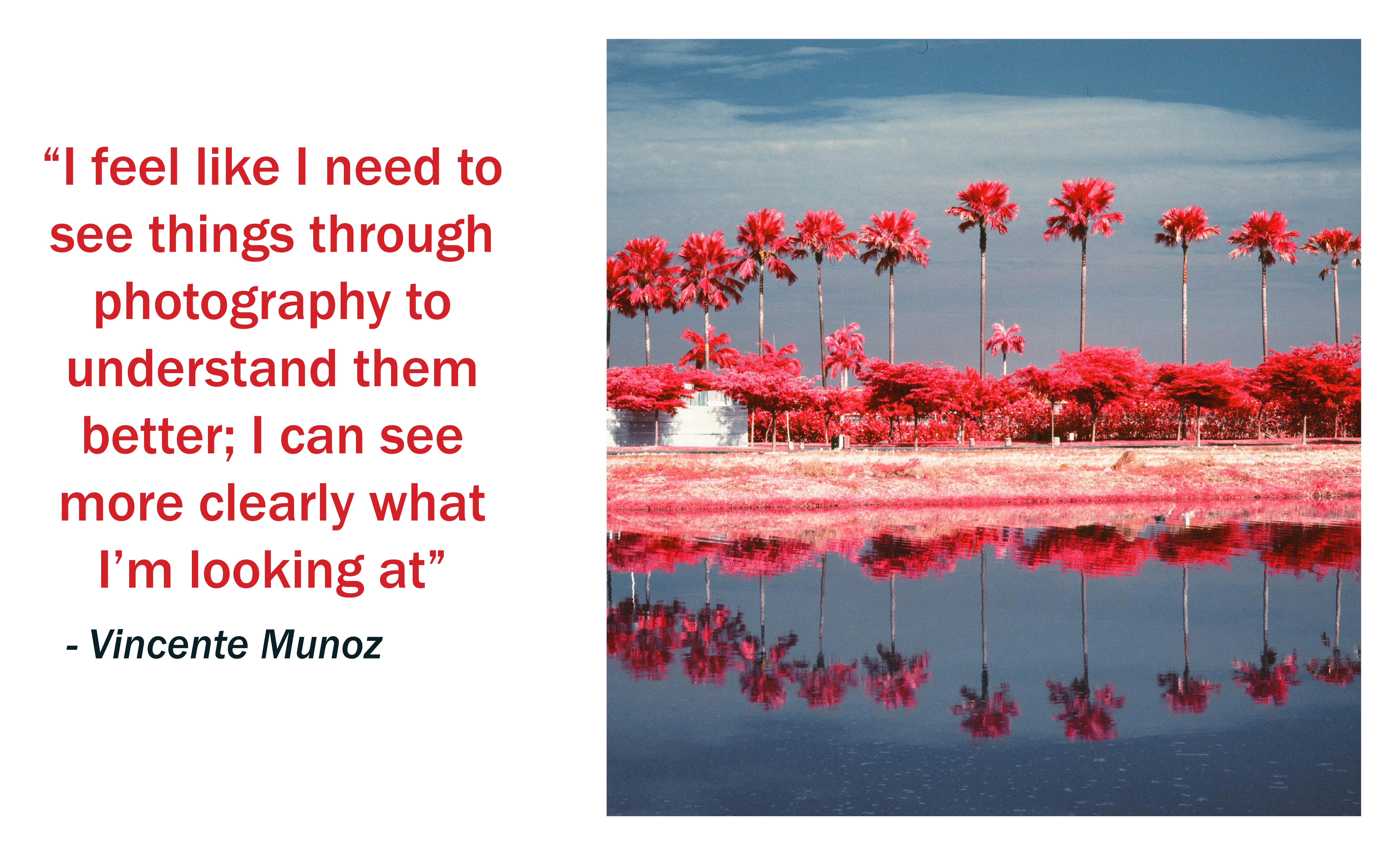 To add more richness to the colours and a continuous tone while displaying the environment in even greater depth and detail the photographer decided to print the images in large format onto aluminium media using the dye sublimation technique. The resulting set of 38 pictures was presented at a one-night show at the neo-classical home of architect Antonio Plaza in Guayaquil. It’s title „Sublimis“ refers to „Vir Heroicus Sublimis“ (Man, Heroic and Sublime), a seven-metre-long red canvas painting by the American expressionist Barnett Newman, who advised the visitor with a sign to have a close look as each view would reveal something new. „I wanted these infrared works to ask the same […], because of their scale and striking palette they are meant to be inspected close up,“ Munoz explains. 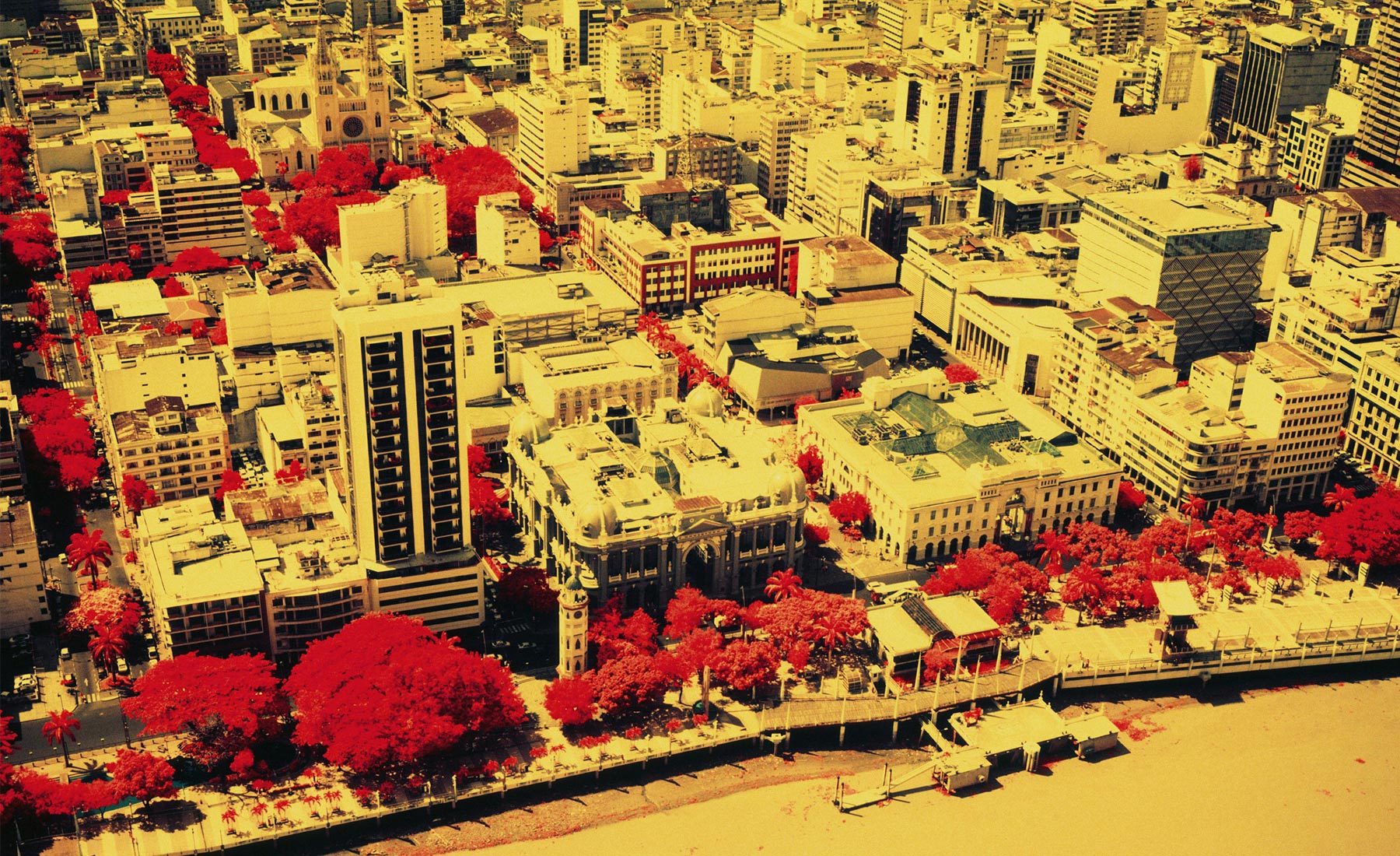 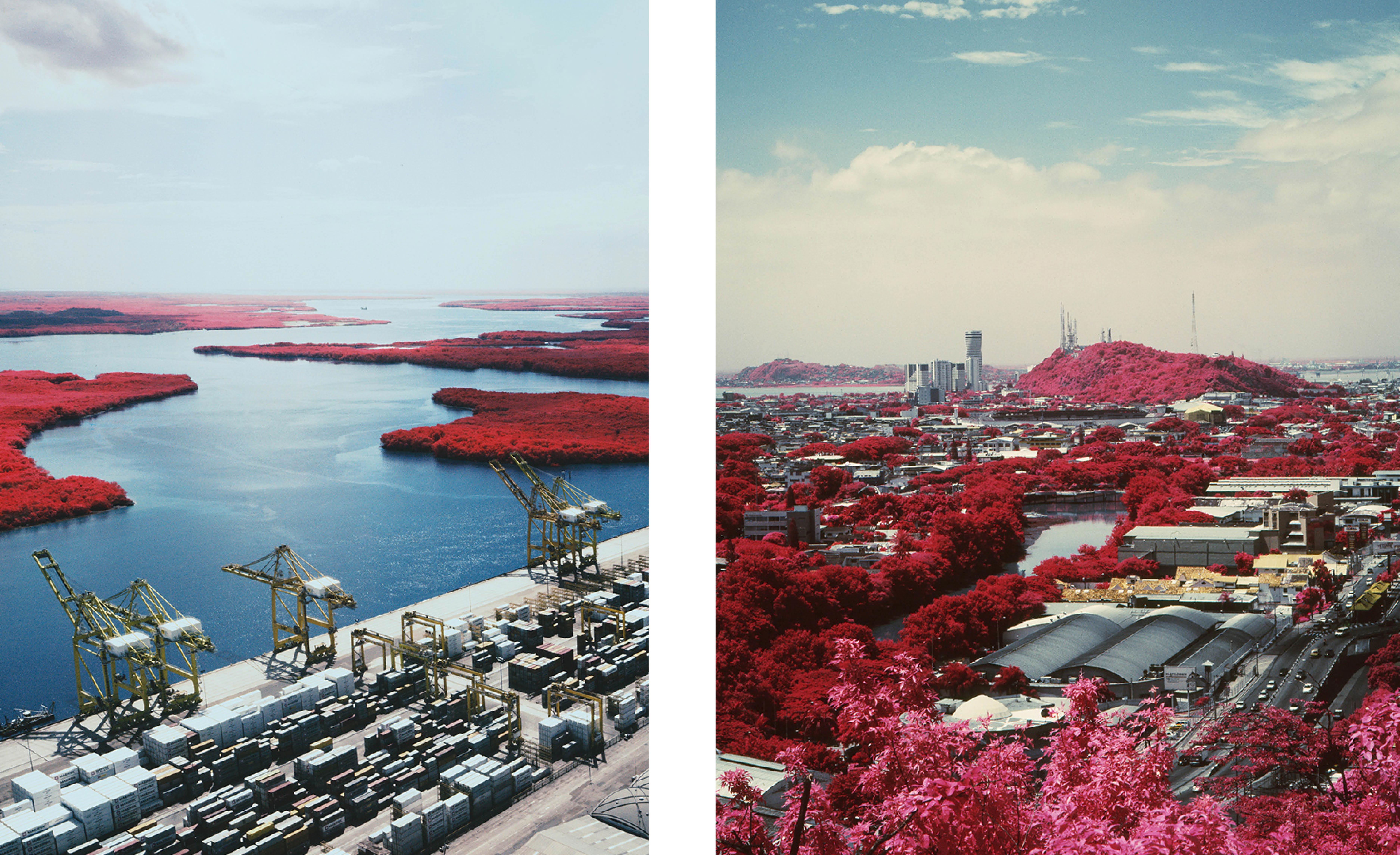