Why Shopify is betting on Germany

Shopify might be the US$100 billion company you’ve never heard of. In the past decade, the Canadian tech company with a German founder has grown from being a small startup to an all-in-one commerce platform that helps businesses sell billions of dollars worth of goods. It’s popular with both makers and creators who want to sell their products their way, and large direct-to-consumer brands like Gymshark, Leesa, and Chubbies. The company’s stated goal is to help people gain independence by starting, running, and growing a business. For the past two years it’s been building its team in Germany and the rest of Europe. 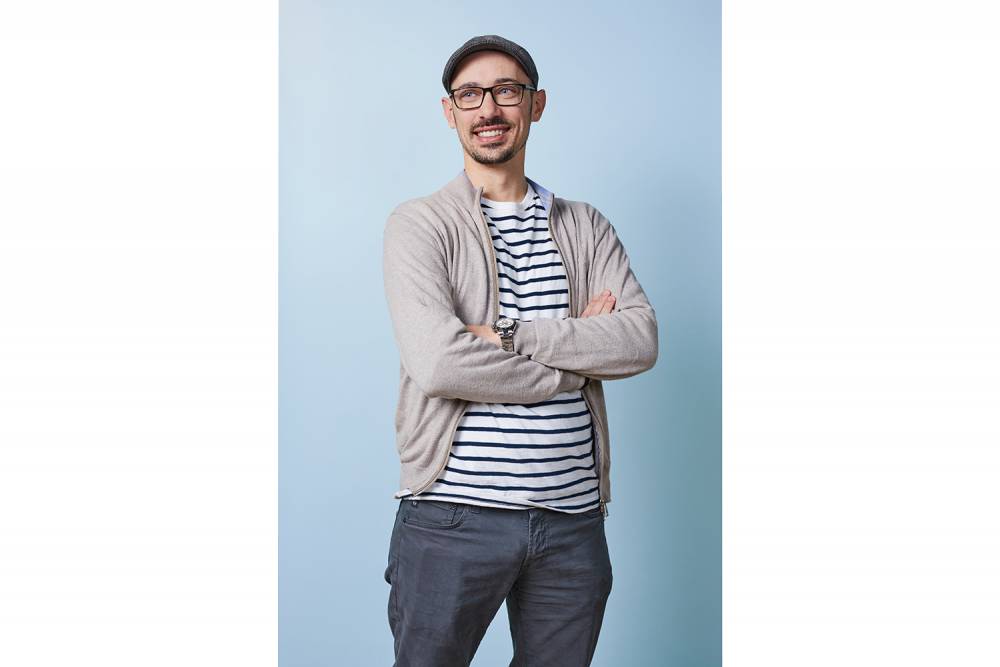 Shopify made its name by making it easy for anyone to start an online business, or to turn a retail store into an online store. Part of the booming SaaS (Software-as-a-Service) trend, it’s now home to over 1 million businesses that sell their products directly to consumers. But it started with one business, an online snowboard store built by German programmer Tobi Lütke (now the company’s CEO), created to support himself after he moved to Canada. When it became clear that the software he’d built was in high demand, he invited his childhood friend Daniel Weinand to also move to Canada and become his chief design officer. They spent years developing the software in Ottawa, Canada, until the product grew to the point where the company went public on the New York Stock Exchange in 2015.

Today, Shopify is available to business owners in 20 languages (including German). But that’s only the beginning. Becoming a global product means tackling global problems. For commerce, that means adapting to the unique needs of different markets and cultures. Businesses in different countries have different payment methods, shipping requirements, product needs, and interface styles. Learning about these as quickly as possible became essential.

The onset of COVID-19, and the rapid growth of online commerce that’s accompanied it, has only made this work more important. The company has helped businesses and consumers to adapt to changing conditions by quickly introducing features like curbside pick-up and local delivery, as well as stepping up its efforts to help traditional retail businesses set up online stores.

One of the company’s rules for building great products is to “fall in love with the problem” — in other words, to immerse yourself in the challenges and needs of your users. Deeply understanding the problems they face — taking meaningful, structured time for research and exploration — gives you the best chance of building a great solution. In the case of understanding the needs of merchants in Europe and Asia, the company knew there was only one way to do it — by being on the ground alongside them.

“Our strong thesis is we want to be close to the problem. We know that we’re not going to make the best decisions for a merchant in Europe by having a design, research, and development team in Canada,” says Monika Piotrowicz, the UX director for Shopify’s International Growth team. “We want to make sure we really understand the day-to-day experience, the day-to-day challenges, and the expectations of merchants in Europe, starting in Germany.”

Shopify’s international presence has grown substantially in the last two years, with hubs of people in Ireland, Stockholm, Vilnius, Bangalore, Singapore, Shenzhen, and Tokyo. But Berlin is one of their fastest-growing hubs outside of North America, with nearly 100 employees in the city. How the team in Europe is growing also changed substantially this spring when the company announced that it was moving to a fully remote, “digital by design” model. “Now we are free to hire the best people wherever they live,” says Leah Pollock from the Talent team. “We can organize teams around time zones instead of offices.”

“We want to make selling across borders as easy as it is to sell to someone across the street,” says Monika. “Germany is a really exciting place because not only does it have a big domestic market, but we also know a lot of merchants in Germany are selling to other countries.”

Falling in love with the problem

Already, the work of understanding users is well underway in Germany. Sara Portell, a senior UX research manager who joined the team last year (after 8 years leading international research for a branch of Expedia), is leading the charge on understanding the unique concerns of German business owners and their customers.

“We’re starting by getting to know their unique goals, needs and struggles, and what are the differences across markets?” says Sara.

One of the teams based out of Europe is SHOP, the company’s first foray into a consumer-facing product. This digital shopping assistant lets people track their orders and deliveries, speed through checkout, and discover new products from their favorite brands. It’s emblematic of an approach that underlies many Shopify products — putting the tools available to large companies in the hands of smaller, independent brands. Since launching in the spring, the team has added features like carbon offsetting of the emissions produced by a person’s deliveries and local search for finding independent stores in your area. The app boasts millions of downloads and is a top 10 app in the shopping category of the Apple app store. 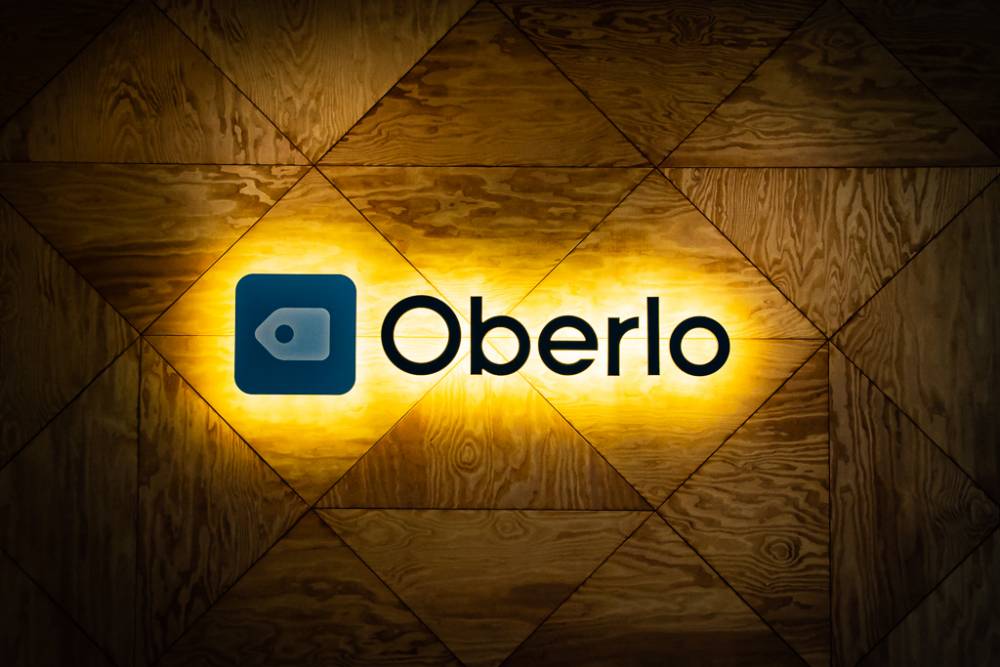 Another team based in Europe is Oberlo, a marketplace that lets you search millions of products and add them to your Shopify store in minutes. The product helps people start a business quickly without a large investment and assist aspiring entrepreneurs to become successful business owners. The team is also focused on producing courses and educational content that give people who are new to running a business the confidence to realize their dream of creating a successful business.

Design at the core of the product experience

It’s clear that design was a central part of Shopify from its earliest days. The team has branched out into all areas of user experience — including UX research, content strategy, marketing UX, and UX development — and the UX team now has more than 450 members. Unlike many companies, design and user experience is a key part of the company’s product strategy, with leaders in UX having the same influence as leaders in engineering or product management.

A dedication to craftsmanship is another one of the team’s central beliefs. All members of the team are given the time and space to continue to hone their skills and learn new ones, because this time investment will pay off with a superior experience for the people who depend on Shopify.

The team is renowned in the design industry for Polaris, it’s open-source design system that is the foundation for every product built at Shopify. The system shares the experience principles that guide the work, as well as detailed instructions on the execution of dozens of individual components.

The freedom to be yourself

Being a constant learner is another foundational concept at Shopify that was quickly adopted by the team in Germany. Product designer Yusuf Algan only joined the company last year, but has already noticed how central the principle is to how the company operates.

“I joined Shopify because I really care about personal growth and self-awareness,” says Yusuf, who ran his own design and development agency in Berlin before joining the company. “The company is very focused on the long-term — we’re trying to be a company that’s still here in 100 years — and that gives it a very different feeling than other places I’ve worked. I’ve found it to be a really safe environment to grow and just be yourself.”

Ferry Hötzel, country product manager for Germany, agrees. “In other companies, you might be scared to be yourself, to maybe admit that you don’t know everything, or to be vulnerable. But here that’s ingrained into the culture. I know everyone I work with has something I can learn from.”

Designing for the next million merchants

All of this effort is part of the journey of becoming a global company. While it’s still early days, there’s no doubt that Germany plays a critical role in that plan.

“We definitely see Germany as a key market. We are learning things every day, both from a cultural and product perspective,” says Ferry. “It almost feels like a start-up within Shopify.”

The goal, as in any country, is to create the right solutions for German merchants, while also keeping in mind how new products and features could benefit businesses around the world. According to Monika, finding that balance will be a key measure of success for the team.

“We’re not trying to take a North American model and just copy it over. We want to build the right product for merchants everywhere.”