From an outside view, people might not even think that Stefan Sagmeister is questioning happiness. He lives in his dream city New York and has achieved anything that a graphic designer could dream of.

Not only that he has worked for a number of well-known customers, his creative output was furthermore presented at different exhibitions, including the New York Museum of Modern Arts. But apparently, professional success cannot be the sole reason for happiness. That’s at least what some of Sagmeister’s latest producings suggest. During his very own pursuit of bliss, he experimented with various approaches from meditation to drugs. His experiences were not only presented in the Happy Show at numerous places all around the world, he also cherished his journey towards happiness in a documentary: The Happy Film. And even though he didn’t want to make a film about questions since he “hates all that stuff”, we felt free to ask him a few things.

Did you have stages during your life questioning yourself and the things you did?

Oh absolutely. Questioning myself and what I do is one of the main reasons to conduct sabbaticals every 7 years, the free room allows for that more properly. I am answering these question while on sabbatical in Mexico City.

Why did you start researching happiness?

I asked myself why it is that I am doing something and followed the thought all the way through, – the answer often was: To be happier. This desire to be happier was most often achieved through taking many sideways and byways. I was wondering if it can be pursued more directly. 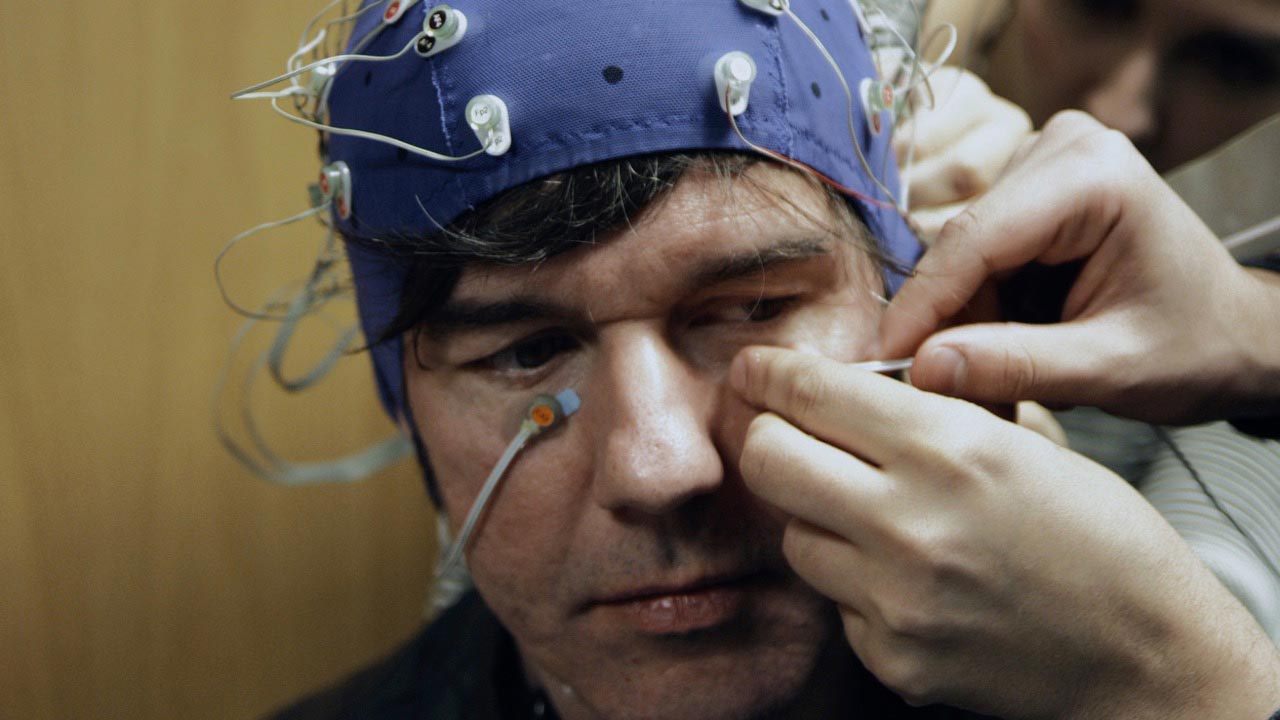 Why did you decide to document your research in a film?

The decision to make a design project – a film out of it would guarantee that I would take the research seriously, much more so than if I would only go after it for purely personal reasons.

How do moods, especially happiness, affect your creative process?

My work gets much better when I’m doing well. When I’m down, I tend to be not productive at all.

Yes. There is very good data in New York City that people are measurably feeling better in Grand Central station, a glorious late 19th century building, than they are in Pennsylvania Station, a terrible 1960ies architecture.

You lead a design agency, but your work is often perceived as art. Would you rather describe yourself as a designer or as an artist?

As I wanted to become a designer, went to design school, am part of a design studio and usually use the tools and language of design to express myself, it is easiest and makes the most sense to call the results design. As a viewer of other people’s work I don’t really care if it was made by a designer or an artist: What matters is if its good or not good.

The Happy Film premieres in January. What can we expect to learn from that film?

That low expectations are a wonderful strategy.

The Happy Film premiered at New York’s Tribeka Film Festival on February 16th 2016. The film directed by Sagmeister in collaboration with Hillman Curtis and Ben Nabors was founded by a Kickstarter campaign. Watch the trailer below: