When Swiss athletic shoe company, On, recently upgraded their classic Cloud 5 shoe, they reached out to FutureDeluxe to create four films to showcase the brand’s craft, comfort and engineered detail. 3D artist Jordi Cerdà Gaya was called on to model and texture the features of On’s updated Cloud 5 running shoe using ZBrush and Cinema 4D. Maxon talked with Cerdà Gaya about the project workflow, Gaya’s self-taught career as a 3D artist and his plans for the future.

On Running – The Cloud from FutureDeluxe on Vimeo.

How did you get into 3D modelling?

Cerdà Gaya: I initially started as a camera operator and video editor. At the same time, I was developing skills in graphic design, photography and digital retouching, and I have always been passionate about sculpting and handcraft. In 2008, I felt I needed to choose one skill set to focus on, and decided to dive into the world of 3D software, thinking it would be the perfect place to fuse all my skills.

I sold all my studio gear and spent a year just learning 3D, relying on a great Cinema 4D training book by Arndt Von Koenigsmarck. As I learned more about 3D, I realized I wanted to specialize in 3D modeling. 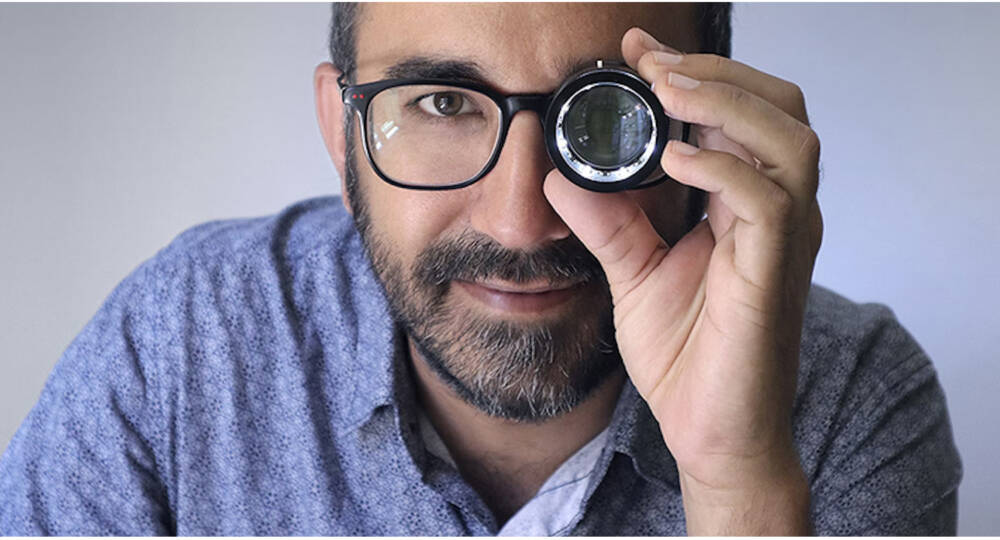 But the real revolution came when I discovered ZBrush two years later. Once I had achieved good hard surface 3D modeling skills in C4D, I gave ZBrush a try by watching some tutorials, and I couldn’t believe what I saw. Finally, I had found the perfect tool for organic modeling.

And I got lucky to discover Joseph Drust and Paul Gaboury, two ZBrush developers who are great communicators and were doing lots of tutorials. Eventually, I started working for a company as a full-time 3D modeler, and though I learned a lot during my time there, I realized what I didn’t want to do. After four years working there without seeing the sun, l left to recover from burnout. It was during that time I decided to be a freelance 3D artist, and almost ten years later I’m convinced it was the best decision I’d ever made.

How did your collaboration with the FutureDeluxe studio begin?

Cerdà Gaya: Ana Aguiar, a producer from FutureDeluxe, reached out to me when they were looking for someone to model the Max Verstappen 3D helmet.

They had a few 2D graphic design and photographic references, which is not the best scenario for building up a 3D model as there is not enough reference imagery to understand the 3D form and details well.

But FutureDeluxe is a great studio with awesome, talented people so of course I accepted the challenge. When I delivered the helmet, they were surprised with the amount of detail. Adding details to a model is a never-ending process and it’s always hard to decide when to stop. While the helmet was perhaps a bit too detailed for their purposes, I think that was the key to our future collaborations.

What was your workflow on the Cloud 5 project?

Cerdà Gaya: FutureDeluxe already had a photogrammetry scan of the shoe, and it needed to be completely rebuilt to be ready for the project. Starting with ZBrush, I created the shoe model based on the scan.

Next, I used GoZ to export the model from ZBrush and refined the UV maps in Cinema 4D. After assigning base materials and linking the textures, I was ready to prepare the final delivery file so the shading artists could start their work in Redshift.

Many people think that ZBrush is for digital sculpting, and that’s true, but it also includes tools for tackling any type of object. ZModeler and its snap to surface feature was particularly helpful for the manual retopology of the Cloud shoes.

Combining it with crease edges, polygroups, and the Dynamic Subdivision system gave me a really powerful, flexible and non-destructive workflow.

It was also helpful that Dynamic Subdivision’s Thickness slider allowed me to assign a virtual parametric thickness that could been seen in real time. That’s extremely useful when working with very thin objects, like shoe fabrics, as you can avoid intersection between the faces while sculpting the mesh.

I modeled all the fabric patterns in ZBrush and used a mesh counter with a built-in LED light. That got me super close to the thread and I was able to analyze the pattern properly. That was the beginning of a very tricky job, making all the tileable patterns in 3D and extracting the maps later on for displacement, normal and alpha.

What was your workflow on the Cloud 5 project?

Cerdà Gaya: Making high-end 3D models is super fun but it’s also incredibly intense when you are in production. It’s like playing chess with time limits. So, after that, it’s good to rest a bit and unravel the brain.

The best way for me to do that is by running around out there, playing bass guitar and making my own personal 3D stuff. So right now, I’m preparing an exciting digital sculpting series based on simplicity and getting away from my highly demanding professional work.