Singaporean architecture studio Ministry of Design (MOD) was commissioned to design the branding and spatial experience for the Robotics Application Centre of Excellence (RACE), a new robotic facility aimed at educating, and introducing robots into automating existing manufacturing industries.

RACE intends to train and inspire engineers to work with new automation technologies and acts as a showroom for robots on sale. 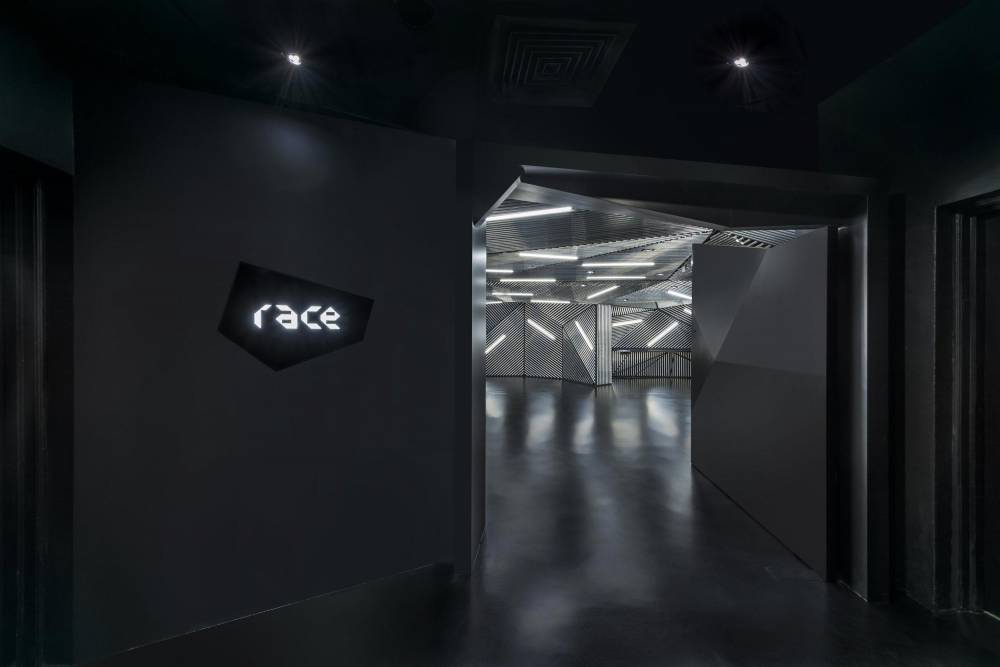 The laboratory is a continuous open space, that showcases a changing series of modular robots and hosts hands-on training and lectures. MOD sought to create an engaging and future-forward spatial experience that denotes the idea of industrial automation and precision. 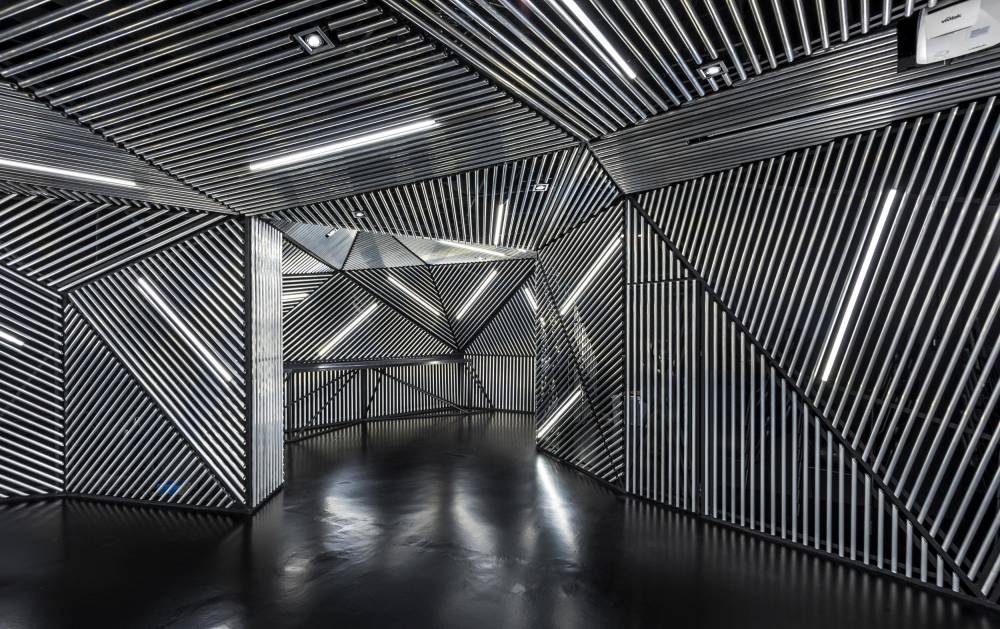 The entrance to the lab is painted all black, but walls and ceilings inside are covered with hand-cut aluminium tubing and LED strip lights, creating a disorientating effect. The three-dimensional elements of “second skin” are placed at odd angles to each other. 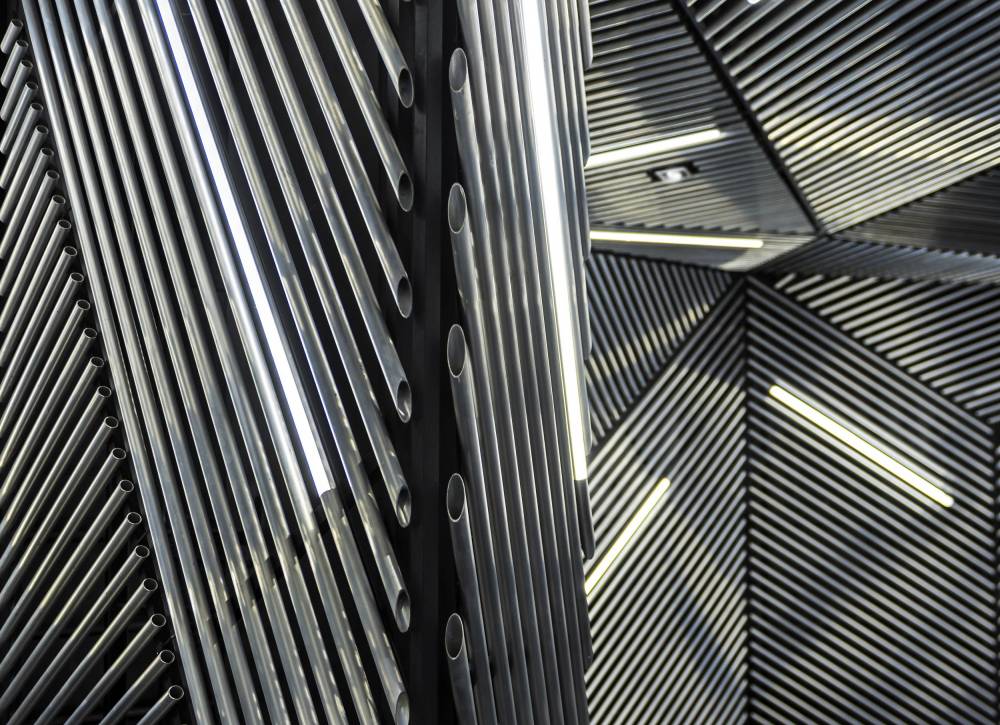 MOD also created the branding for RACE and was inspired by the concept of modularity, and influenced by aesthetics of precision and dynamism. The logotype is an expression of a complete form comprised of individual standalone parts.