Mr Bingo was a commercial illustrator for 15 years, working regularly for all the big names such as The New Yorker, The Guardian, TIME, CH4, The Mighty Boosh & The New York Times. If you are looking for inspiration and want to take a peek at his past works, well you are out of luck. An archive of the thousands of illustrations from this period doesn’t exist online anymore. Why? Well, Mr. Bingo got bored one day in a motorhome and deleted his entire portfolio website. If you are still curious though, there is a small selection of his work from this period here.

In 2015 he launched a Kickstarter to fund a book about his Hate Mail project. The campaign featured a rap video and a diverse selection of rewards including being trolled, having your washing up done, going on a date in Wetherspoons, being told to fuck off on Christmas Day and getting shitfaced on a train. All the good stuff.

It was around this period of time he decided to never work for clients ever again and focus on being some sort of artist which he’s done ever since. His unique style is very much a representation of the dry british humor, featuring tons of sarcasm and witty remarks about the boring and mundane life as well as more pressing social issues, without being too obvious. We would definitely chuckle at his work or ask him to draw our next tattoo, so we asked Mr. Bingo what kind of music he listens to while illustrating cats in corsets. 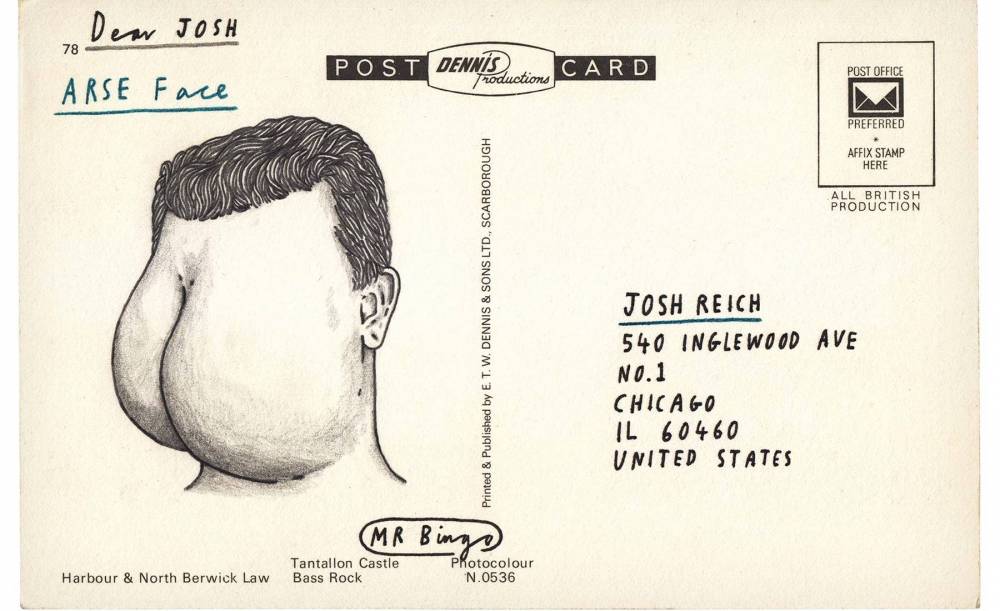 For our newest Press Forward edition, Mr. Bingo is hitting us with some old-school beats from the 60s all through to the early 2000s. Featuring evergreens like Eyes without a Face by Billy Idol and velvety sounds like R´n´B sounds with Beyoncés Me, myself, this playlist is filled with retro vibes to take you back in time. The Beatles also make a strong appearance with Golden Slumbers, next this playlist makes you swoon with Sweet Love by Anita Baker. Wether you are in your flow, creating away or you just want to spend a quiet evening staring though your wineglass into the abyss, these songs will keep you in the right headspace.

Find out more about Mr. Bingos work and his art and illustrations on his Instagram!