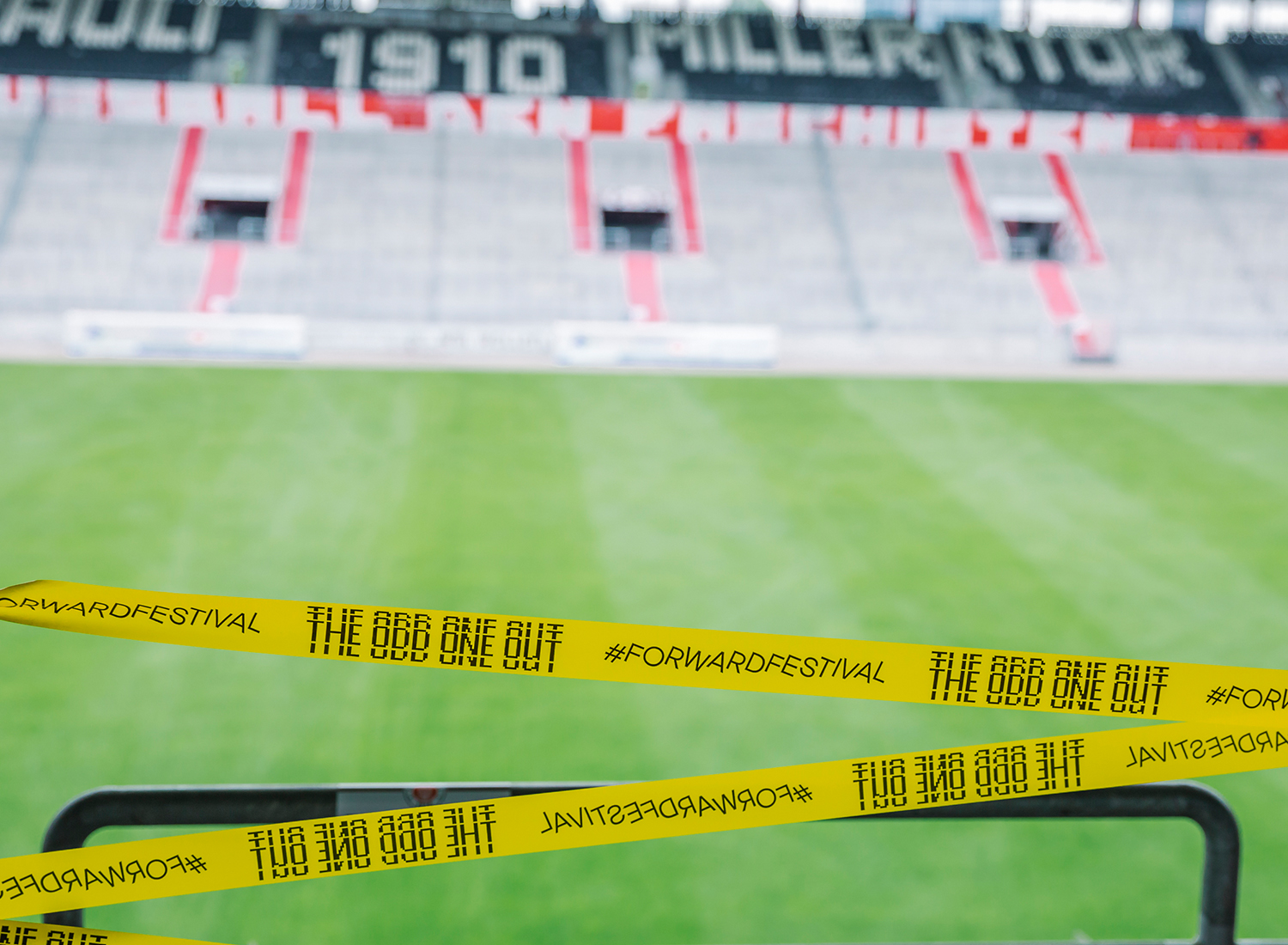 Last Thursday and Friday, over 2.000 creatives from all over the world mingled for our 2-day-festival in Hamburg to listen to talks, join interactive workshops like >>How To Create An Animated Digital Poster in 3 hours<< and to celebrate the 5th anniversary of Forward Festival. Over 2.200 visitors enjoyed talks from design icons Erik Spiekermann, Mirko Borsche and over 50 other speakers at Millerntor Stadium in Hamburg. 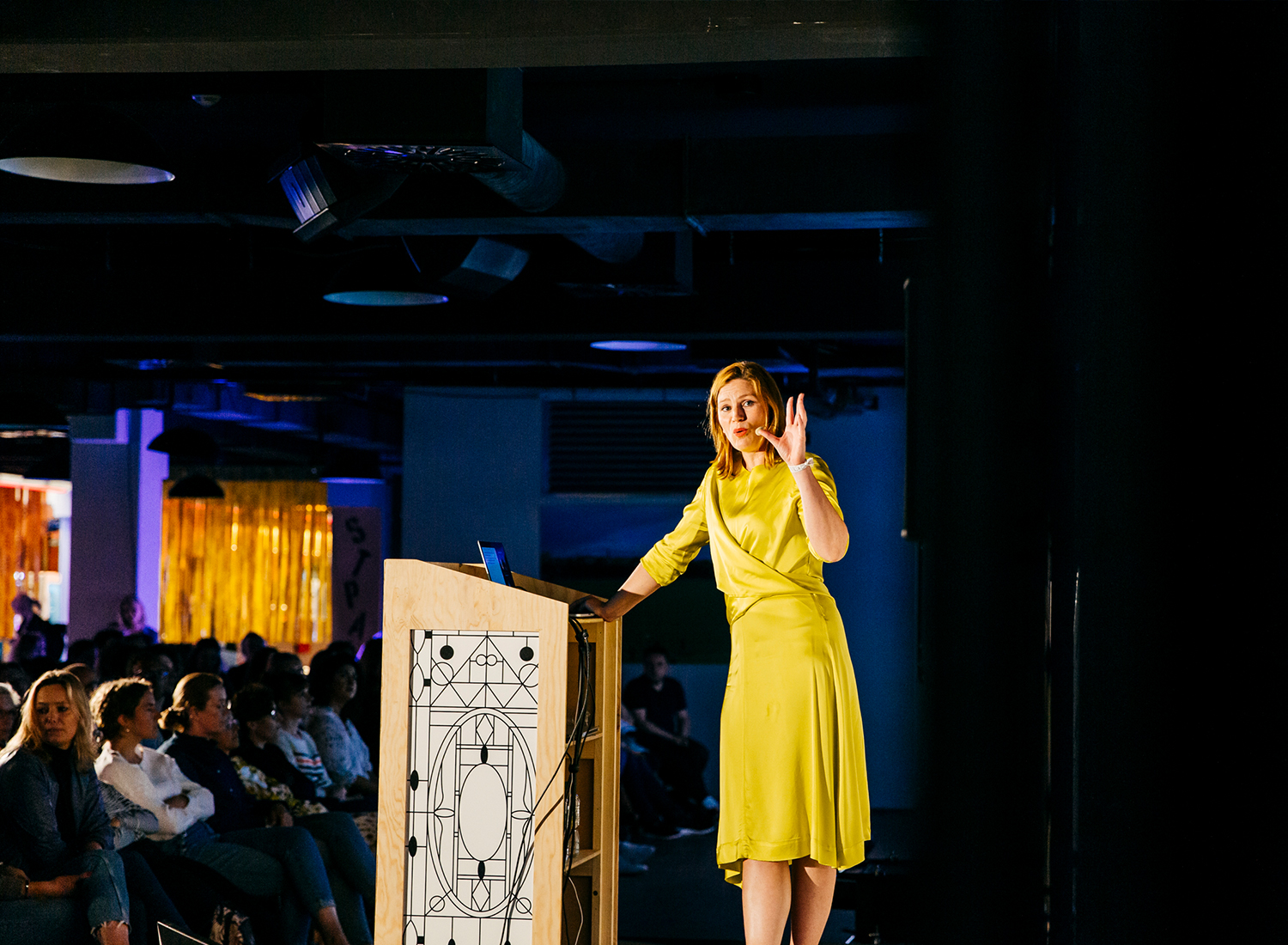 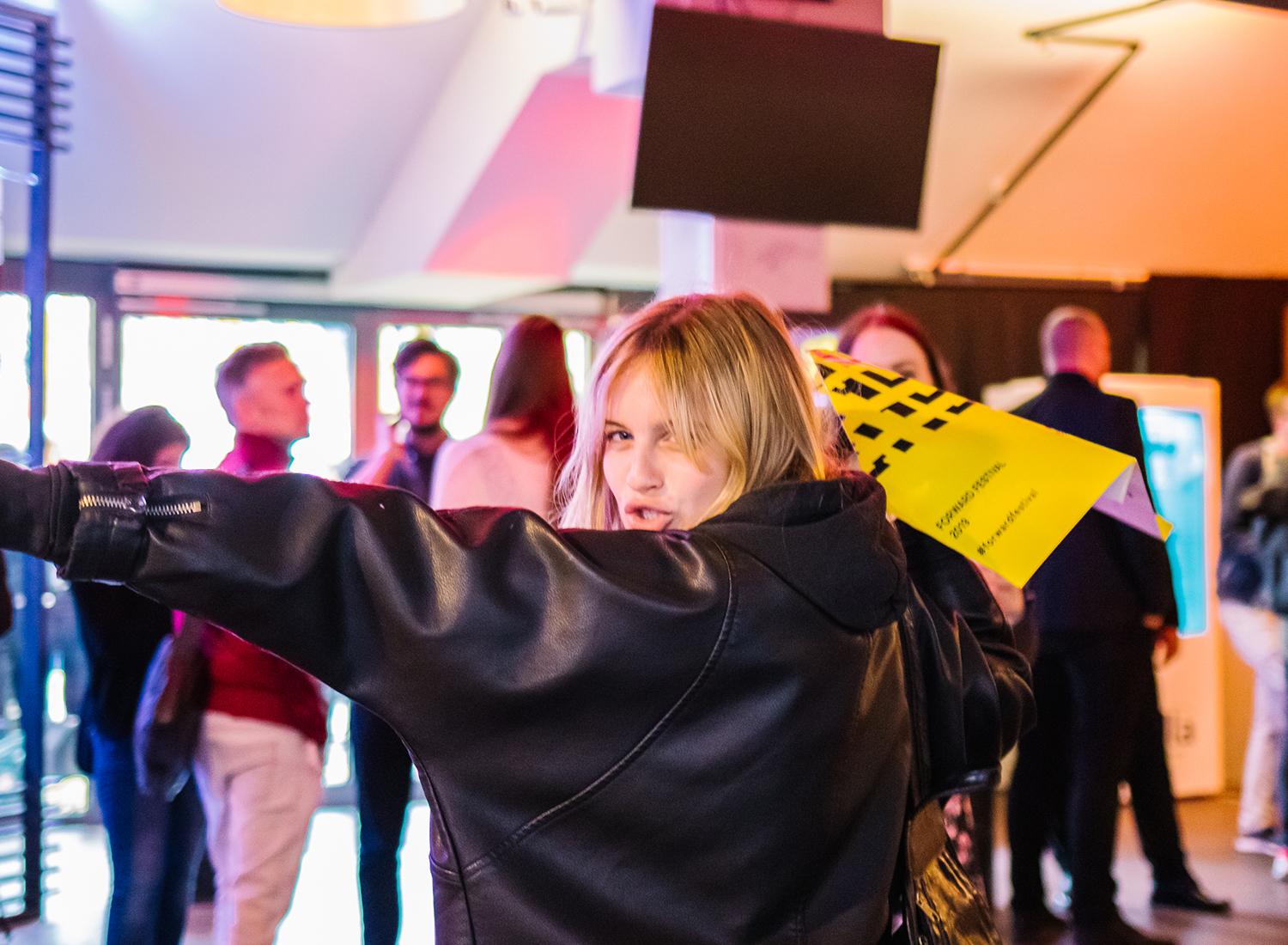 Inspiring words came from the digital designer in moving images, Gavin Strange. Self-motivation with so-called “scare tactics” are his secret weapon. He generates pure motivation by imagining the sun swallowing the earth and that Beyoncé and he have the exact same amount of time a day  – “time buddies” as he calls it. With his talk, he brought plenty of motivation onto the stage and received much laughter and applause from the audience.

Erica Dorn is also at home in the world of moving images. She gave valuable impressions of Wes Anderson’s film “Isle Of Dogs”, which was inspired by Japanese film posters of the 50s and 60s. The graphic artist impressed the audience when she showed the smallest design of the film, with an only one millimeter diameter, and revealed that 95 layers were hidden in a two-second scene. 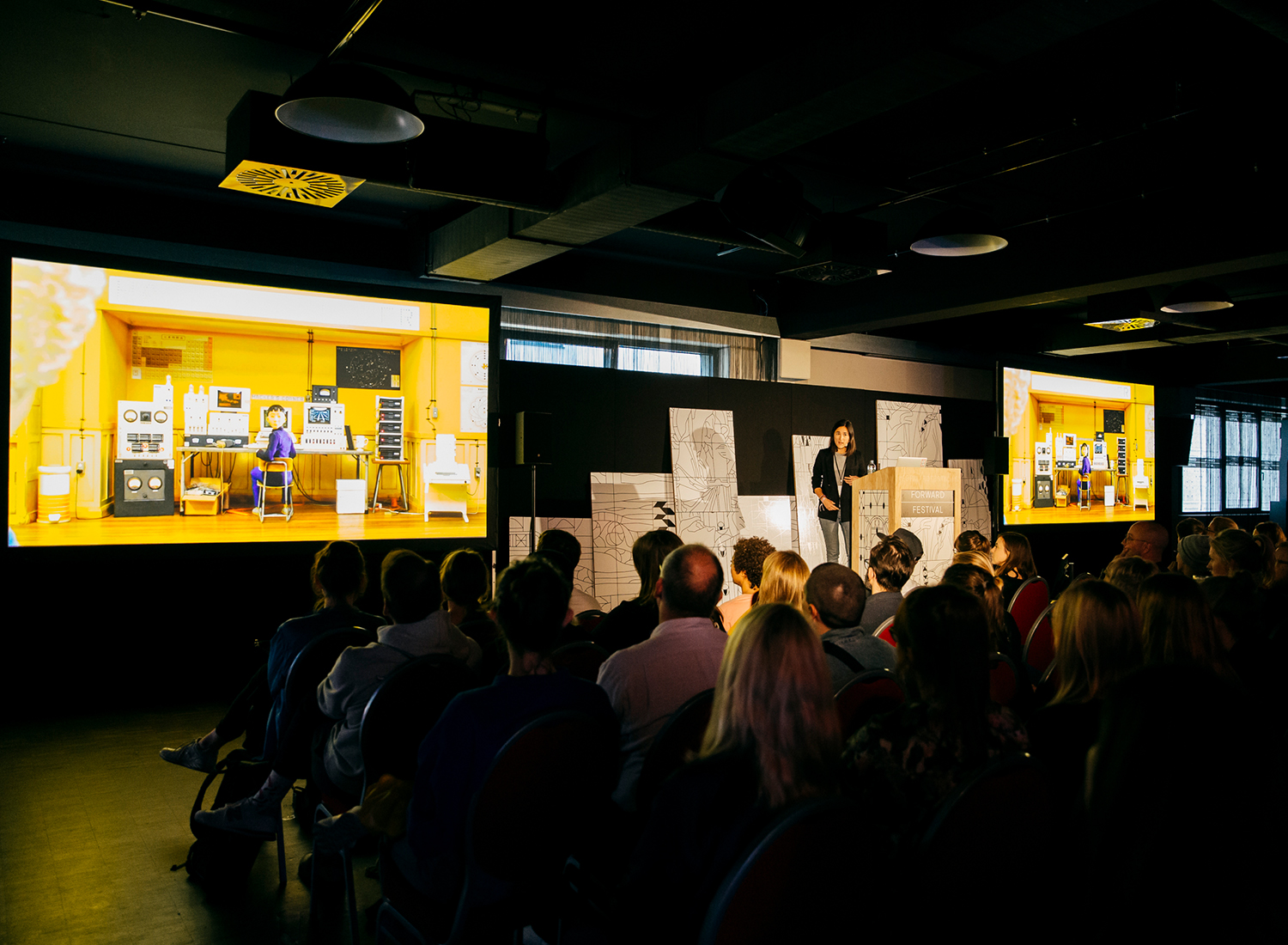 “If you wanna make a good omelet, you gotta break some eggs”

The success story of Toiletpaper Magazine was told by its art director Micol Talso. She explained how essential it is to say goodbye to original ideas when they fail to be implemented.
The magazine’s impressive photos don’t necessarily have a golden thread, but Toiletpaper Magazine’s style is unmistakable and has convinced clients like the New York Times, KENZO, Nike and the Washington Post.

„I don’t know why I am working for clients in Milan and Paris only, and not in Germany“

The first day of Forward Festival ended with the talks of Mirko Borsche and David Carson. Design icon Mirko Borsche shared his work with the audience. He worked mostly for international clients, but also cooperates with German cultural institutions such as the Bavarian State Opera since 10 years. In his talk he shared his latest humorous designs and videos for the upcoming opera season. The annual redesign of Kaleidoscope magazine and the simple design for the Venetian Pavillion at Biennale are also a part of his work.

Shortly after his talk David Carson entered the stage. He already spoke at Forward Festival Munich and fascinated people with his humorous charm and funny photos. 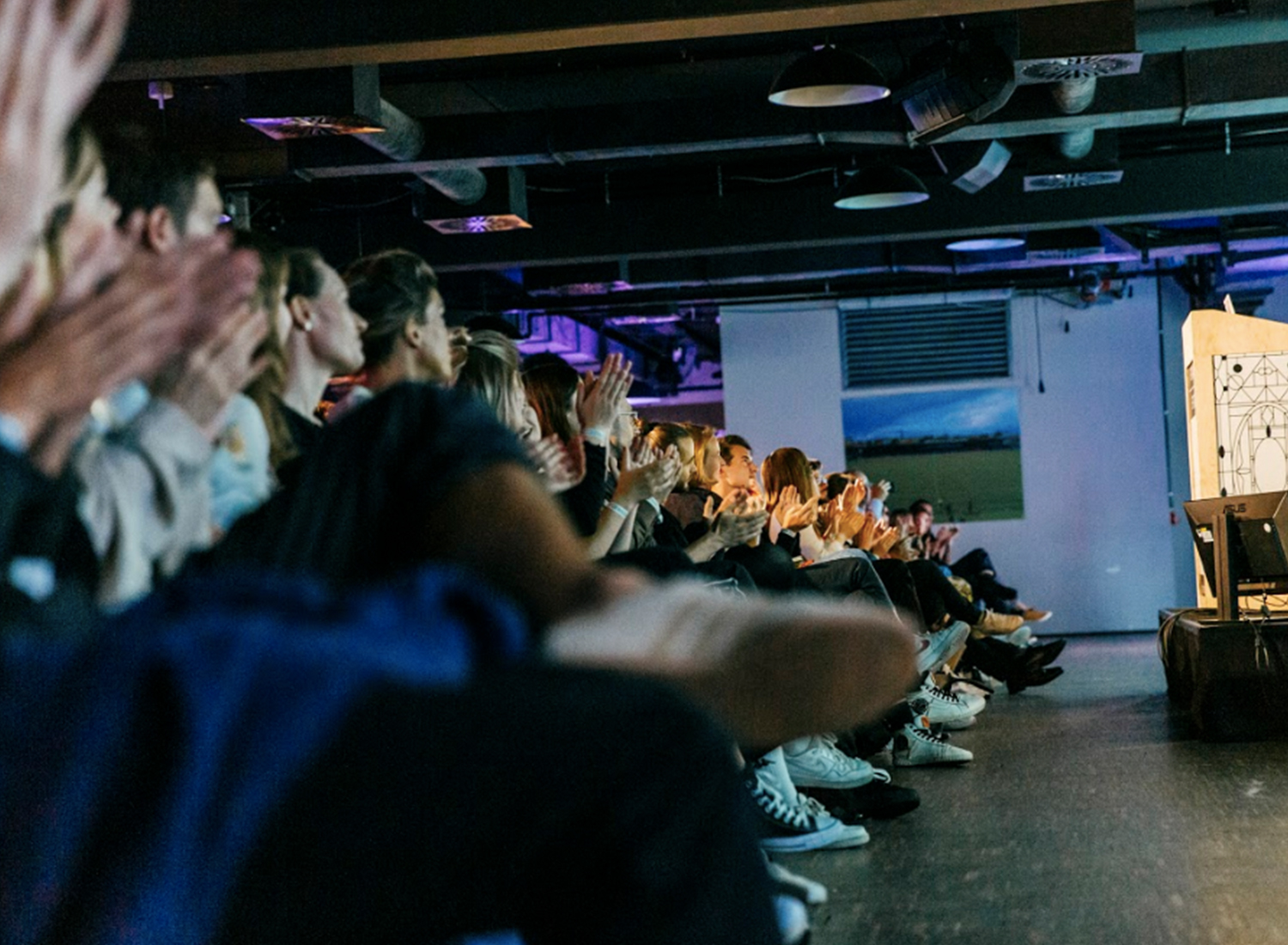 One of the highlights was the exclusively produced film >>The Odd One Out<<. Designed and executed by The Mill’s director Raj Davsi, the film celebrates the energy and strength to stand out from the crowd – in the spirit of the 2019 festival motto: The Odd One Out.

Typeface-Star Erik Spiekermann as Grande Finale of the Festival

Erik Spiekermann closed the festival with his talk and stood out from other talks in the usual manner. He narrated the history of typography and showed his life’s work to the people – including the countless logos he was allowed to create for customers.

Afterwards, the team behind Forward celebrated their 5th anniversary together with guests, speakers and friends at Club Mojo with music compiled by Selam X. 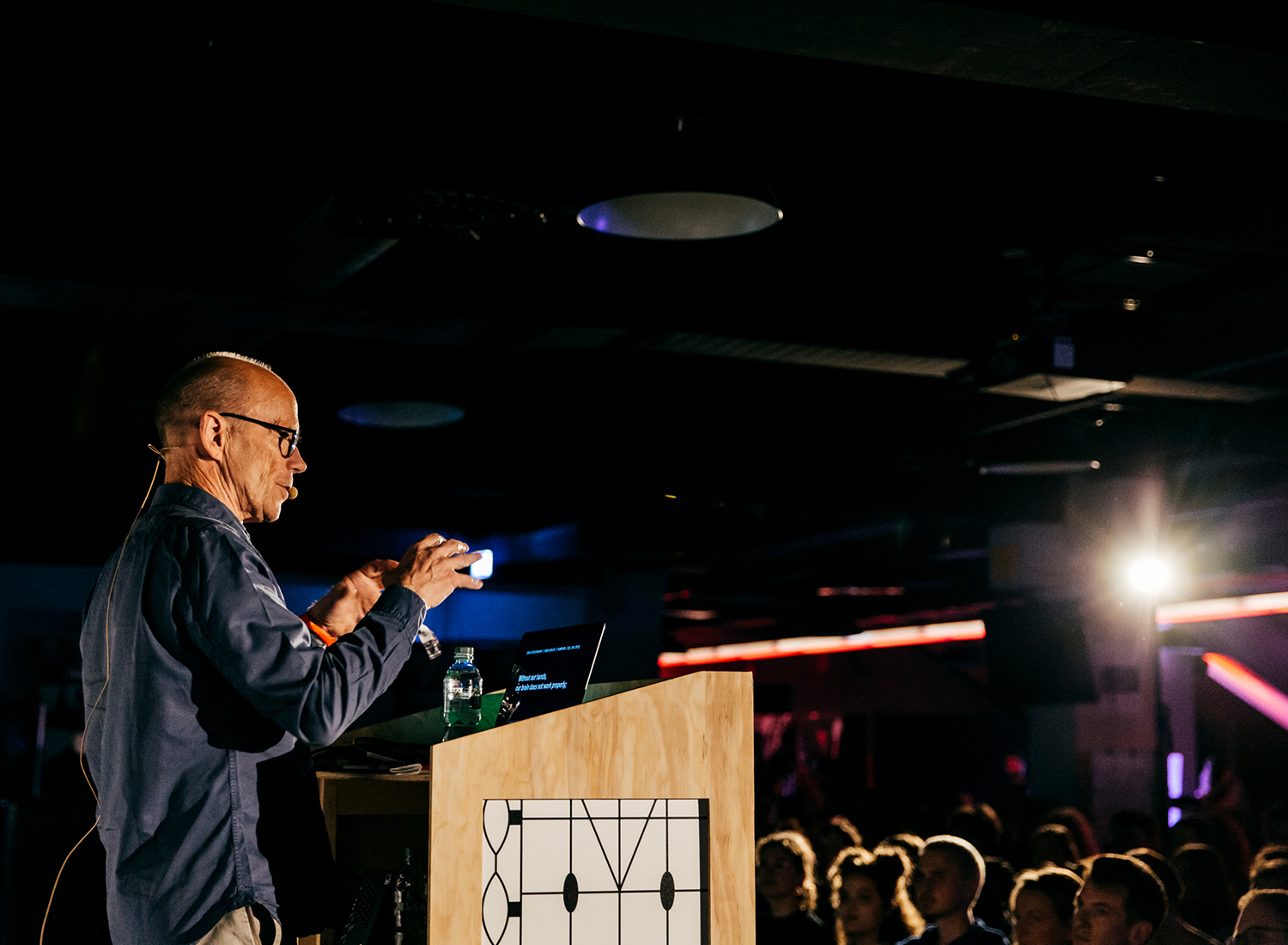 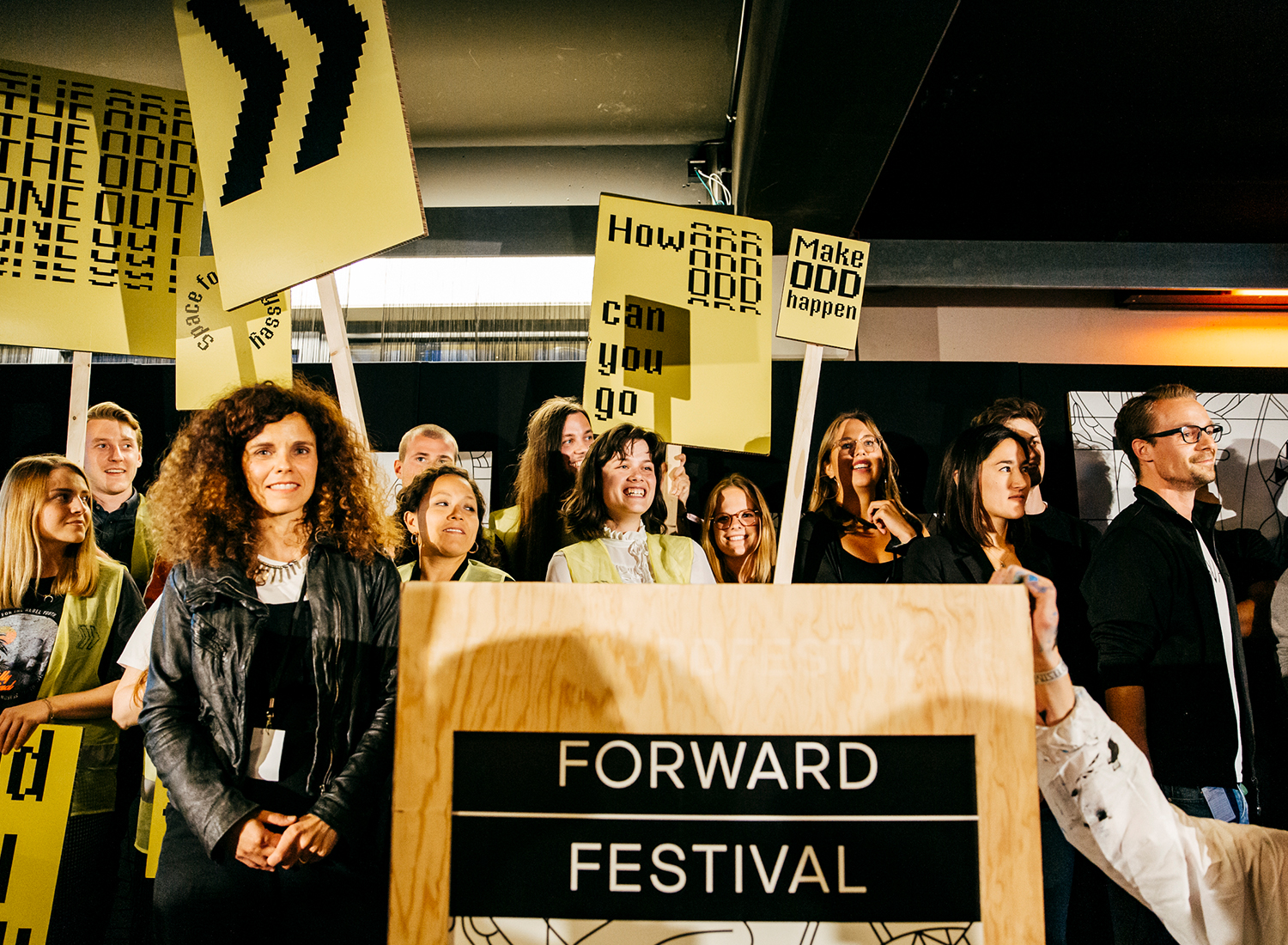 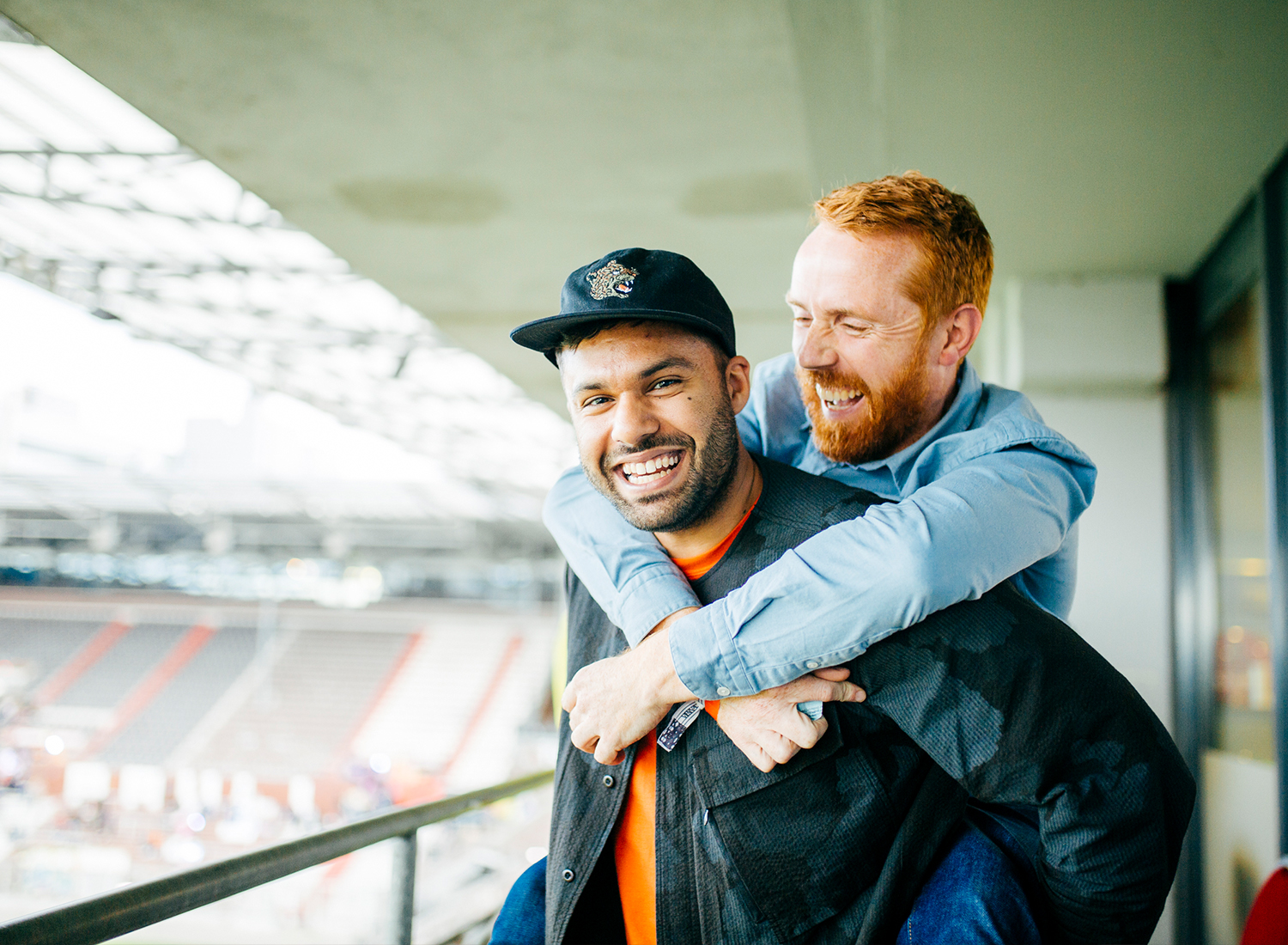 In-between conference talks the attendants were able to explore the expo area with many interactive partner booths. Whether it was drinking Hendrick’s Gin and Tonic for free in a Gin-Wonderland, watching artist Sjeng Kessels paint in a human-sized box, printing their own Forward t-shirt, grabbing beer coasters designed by the winners of the Bierdeckel competition at the Onlineprinters’ booth, checking out the Moon Exhibition, doing some art at the ok.,-Pixel Wall, perpetuating one’s name at the Brad Rabbit Box, protesting for more oddness in the world with Forward’s protest signs or admiring the winning posters of the fritz-kola competition. 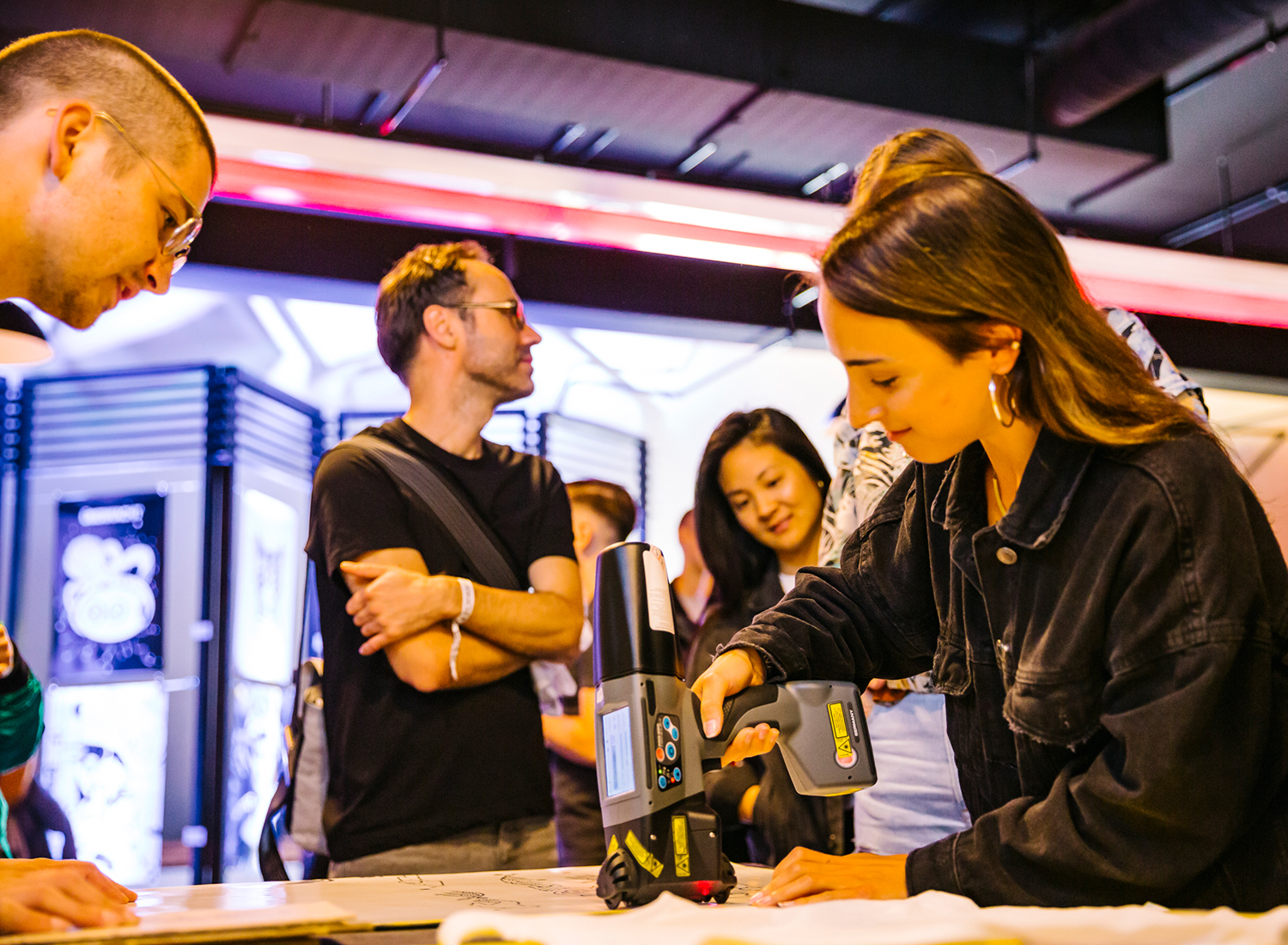 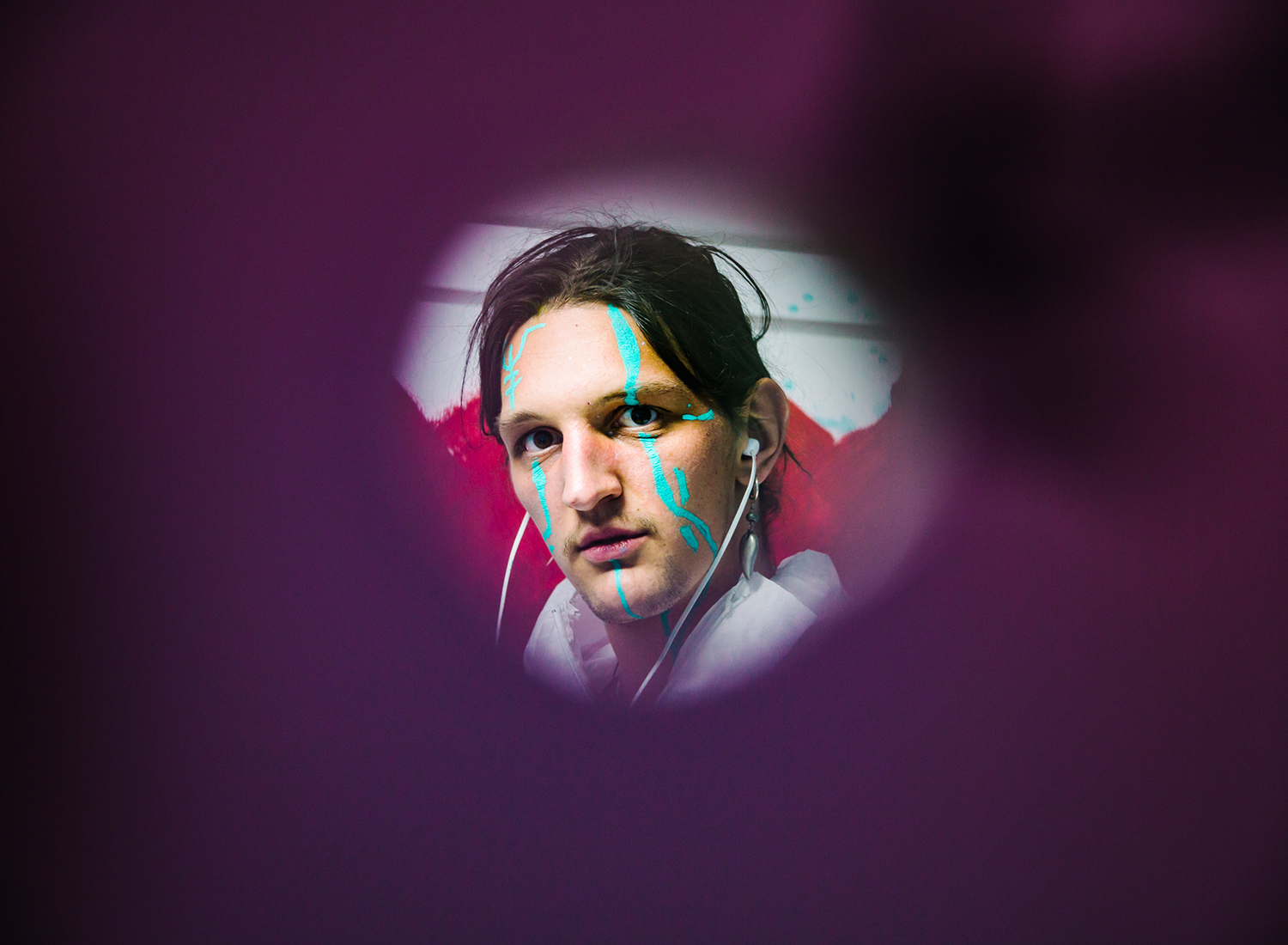 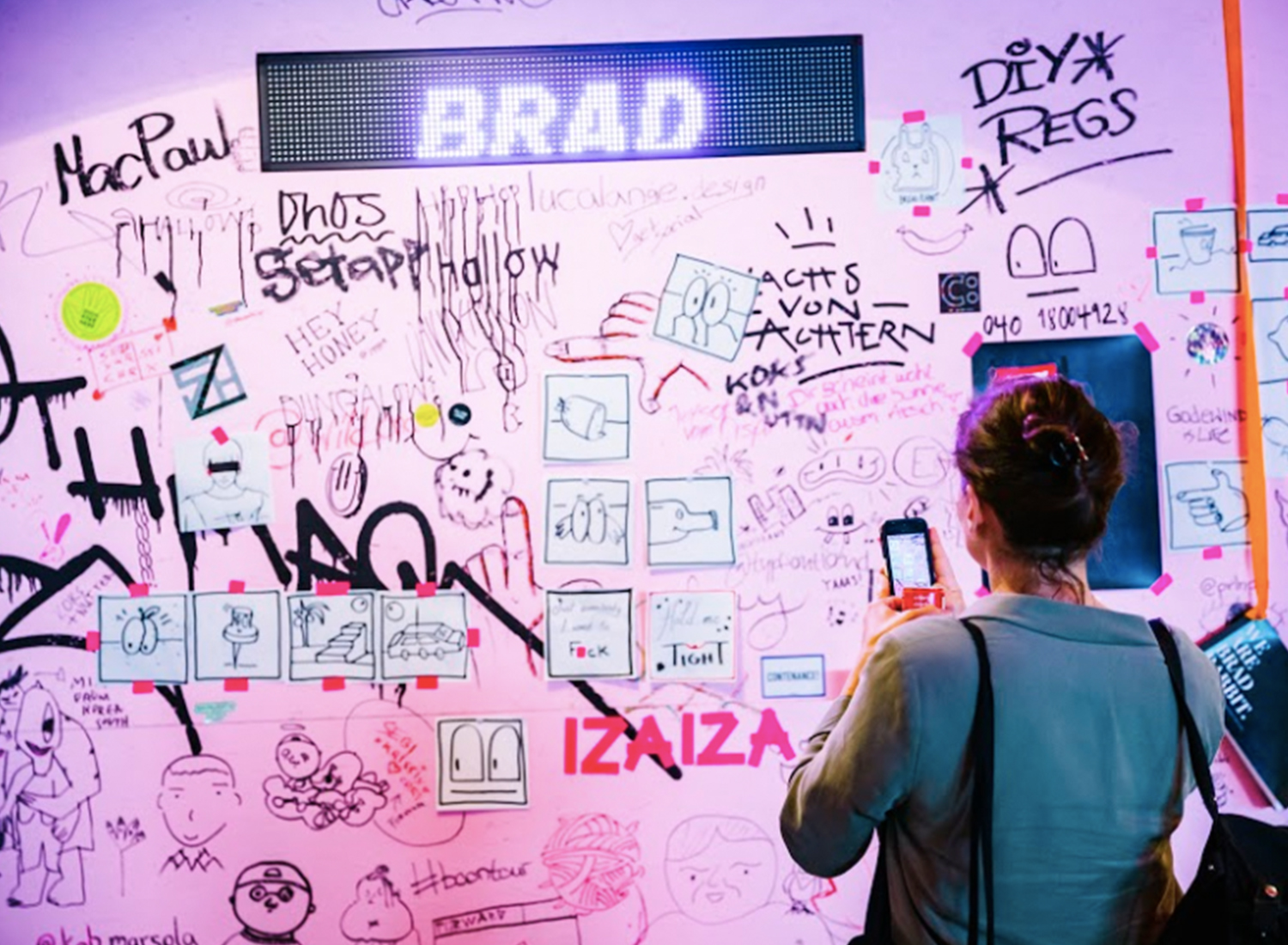 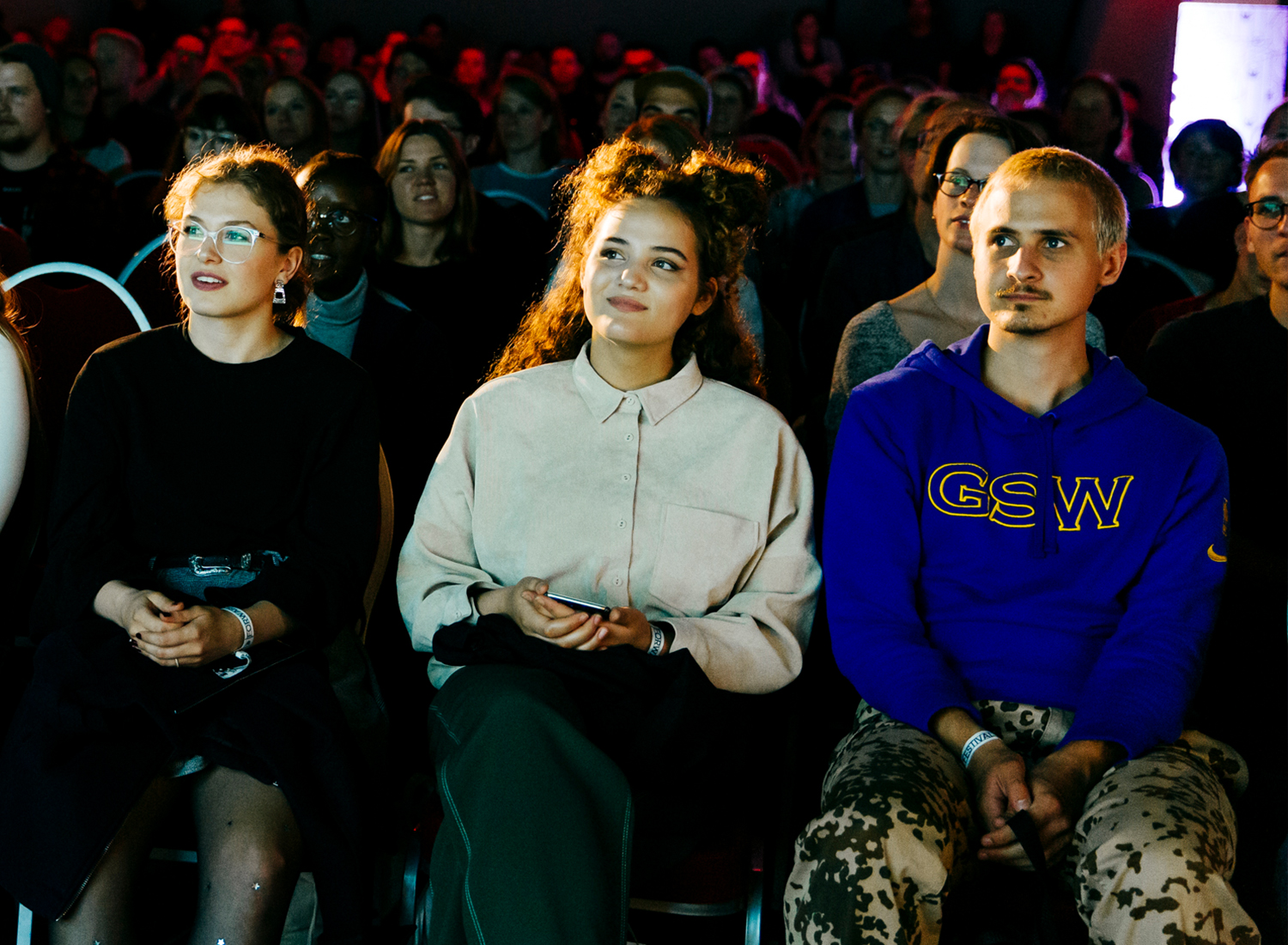 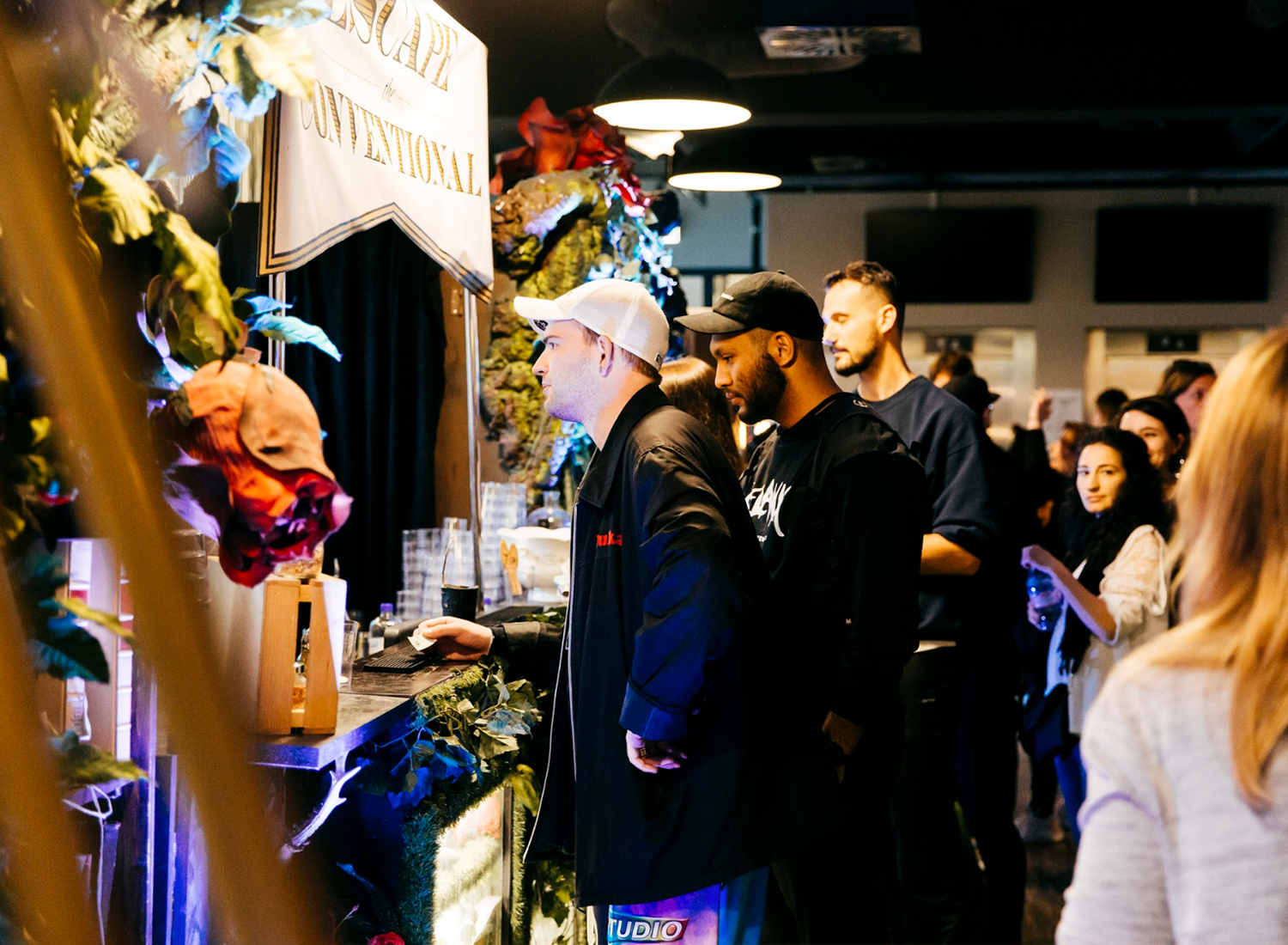 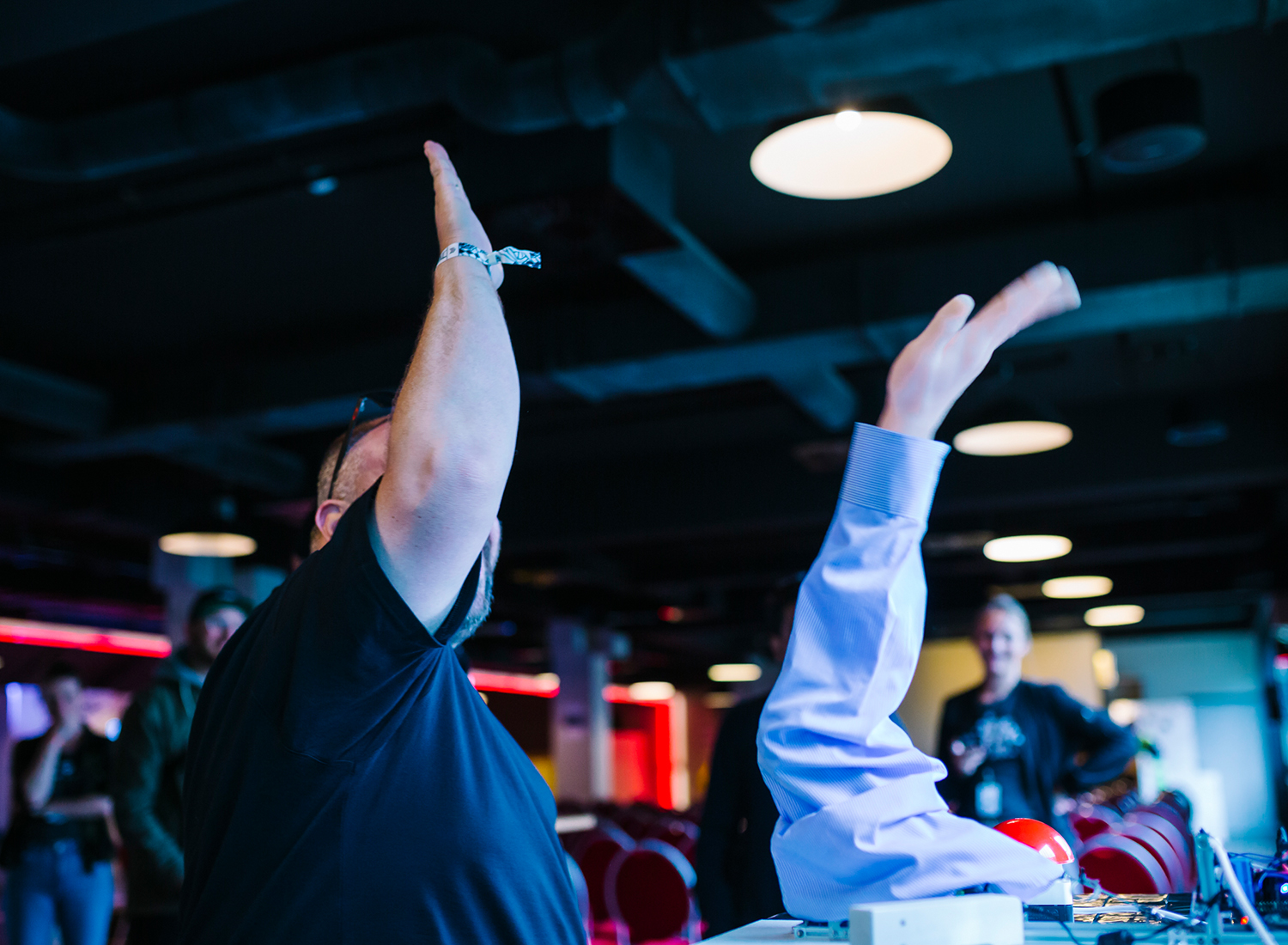 Main title sequence <<Odd One Out>> by Raj Davsi // The Mill: