What to do in times of a pandemic when all you need is a vacation and romance? Let the band Bilderbuch take you away to Argentina with a dreamy soundscape and magical imagery.

After 1,5 years, the Austrian band Bilderbuch returns with a double single full of zeitgeist and dreamy hopefulness. City dwellers crushed by toxic relationships and isolation, are moving to the mountains. It is a modern spirit that reconciles with nature and demands an update of romance. The first sketches were already made last winter in pre-alpine Patagonia. The silvery sound of “Nahuel Huapi” and “Daydrinking”, reminiscent of glistening glaciers and deep blue mountain lakes, is an ode to longing and optimism. A new time demands a new sound.

Not only the sound reflects this, also the visual world which originates from a cooperation between photographer Hendrik Schneider, creative director Claudia Rafael and stylist KK Obi in close collaboration with the band.

Just like their style of music, the concepts evolve and move with time by using the latest technologies. Claudia, who blessed us with her knowledge about face filter magic as a speaker at past Forward Festivals, has been working with the band for a few years now. For the second part of the video, she used her experience with AI: According to the musical concept of ‘Daydrinking‘, they have chosen the technology of Artificial Intelligence style transfer. Shimmering liquid and roses become one with the appearance and movements of the band. 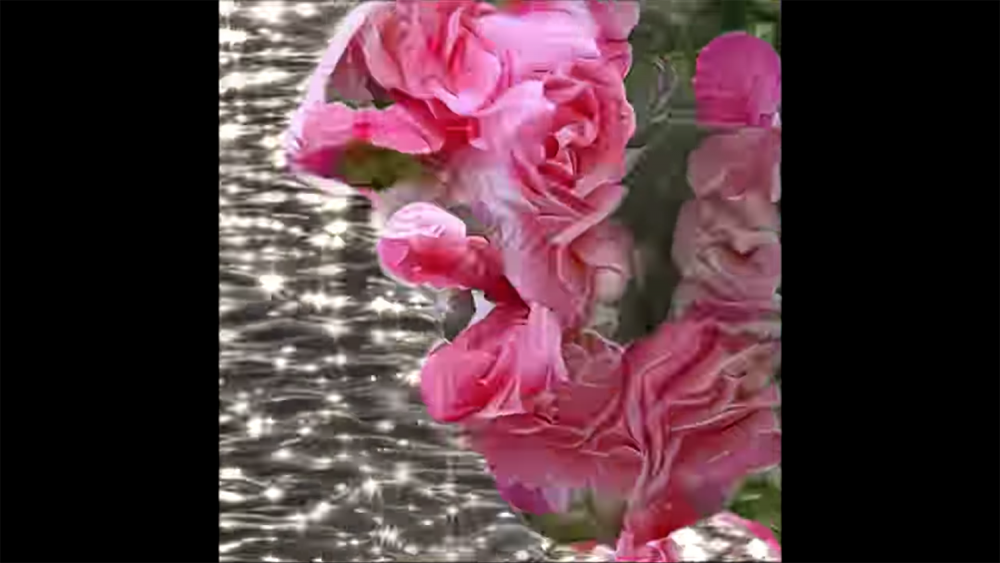 Still from the video ‘Daydrinking’

All of you attentive Forward Festival viewers might have recognized the shooting location – or maybe not, because it is so changeable. The video for Nahuel Huapi was shot at Virtual Production Studio in Vienna. Real-time interactive rendering gaming software was used, combined with a high-resolution 270° LED wall and high-quality film cameras. Thus, the scenery looks deceptively real and could take them to faraway places without travelling. If you want to know more about the studio, you can re-watch the talk by Media Apparat until March 31st.