Ada Sokół’s masterpieces put the admirer in immediate awe: super sleek and close-to-perfection renderings, soft pastel colors, and bizarre motives allow the viewer a glance into her extraordinary imagination. The Warsaw-based artist evokes an ultra-sensory experience that often ties play in futuristic settings or fantastic sceneries as she doesn’t like to be restricted by our realms. Influenced by all things beauty and maybe a little bit by growing up as Poland’s first 3D designer’s daughter, Ada Sokół has mostly taught herself the magic of 3D art and since has been working on her own projects as well as for clients like Burberry Beauty. Meet a very unusual bread of an artist!

Subtle, feminine, magical. Those are the keywords I have in mind when creating.

You started studying fashion design but then quit and decided to start working in digital art. What was the process of self-teaching like?

Countless hours spent in front of the computer screen. I had a clear goal in mind, and that might have been the only thing keeping me sane. I was blessed to have people in my life to who I could reach out when I hit the wall.
Studying fashion seemed like a good starting point for me. I’m drawn to all things of beauty,so the transition to 3d really felt like a natural move for me. It gives so many possibilities I no longer have to restrict my expression. 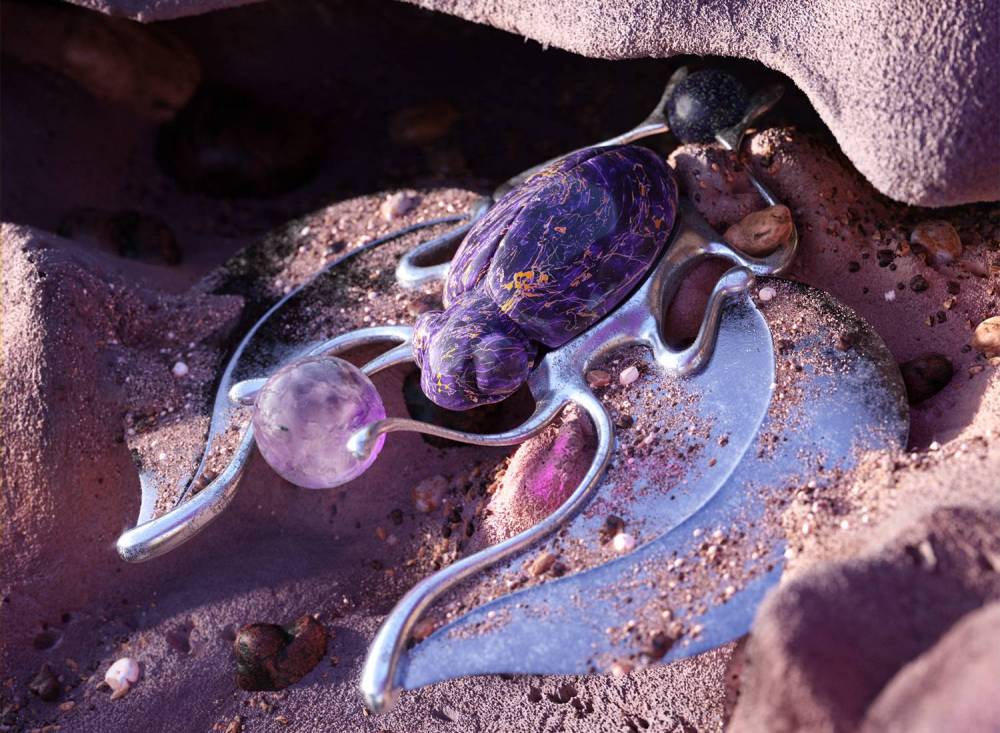 What fascinates you about 3D art?

In the worlds created in my works, the rules of our realm just don’t apply. It’s exciting to know that the only thing restricting you is your own imagination. Telling a story that would not be possible using other media might be this captivating factor – making the viewer question what they see. With 3D, you can imitate any other medium to create visuals on the spectrum, from hyper-realistic to highly stylized ones.

Your father was one of the first 3D artists in Poland. Has his style influenced yours?

I grew up exposed to specific 3D software languages and saw alternative realities being created on a daily basis. So I was learning by osmosis, and because 3D was in my environment, I was not intimidated by it.This lack of fear might have been what pushed me into exploring my own ways of expression. However, my aesthetics is something I had to build on my own. He is the architect, we have completely opposite styles even though we use the same medium. 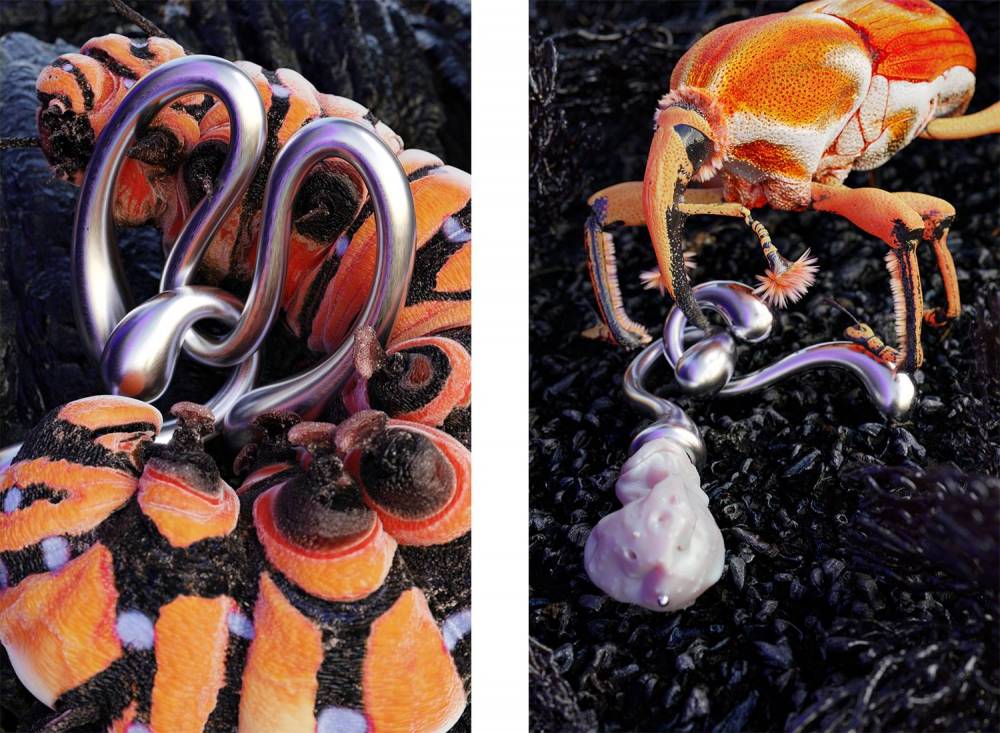 How has your style and the 3D scene in general changed over the years?

Working with 3d as a medium is thrilling. I need to constantly adapt and learn so there is no time to get stagnant. With constant changes and updates of 3d software, there are even more possibilities to explore. I also love to collaborate with other artists to learn from
their expertise and exchange knowledge.
Over the years, I got more and more confident, and with every new project, I try to challenge myself a little. I strive to create visuals as realistically as possible, but I always add some magical and uncanny elements.

Do you like sticking to one routine or would you say you are rather impulsive when making art?

There is no routine. Each time I start a new project, the process changes and adapts to it. I like this aspect of my work; it’s way more unpredictable – like a force of nature. My workflow changes with every new project I take. But there is one constant. I need an idea or inspiration to kick-start me. Fortunately, that’s usually not a problem, I get effortlessly inspired by everything that surrounds me, so I tend to keep a bunch of ideas in my mind, waiting for the perfect time to use them. Later it’s just the matter of translating them into 3d space. 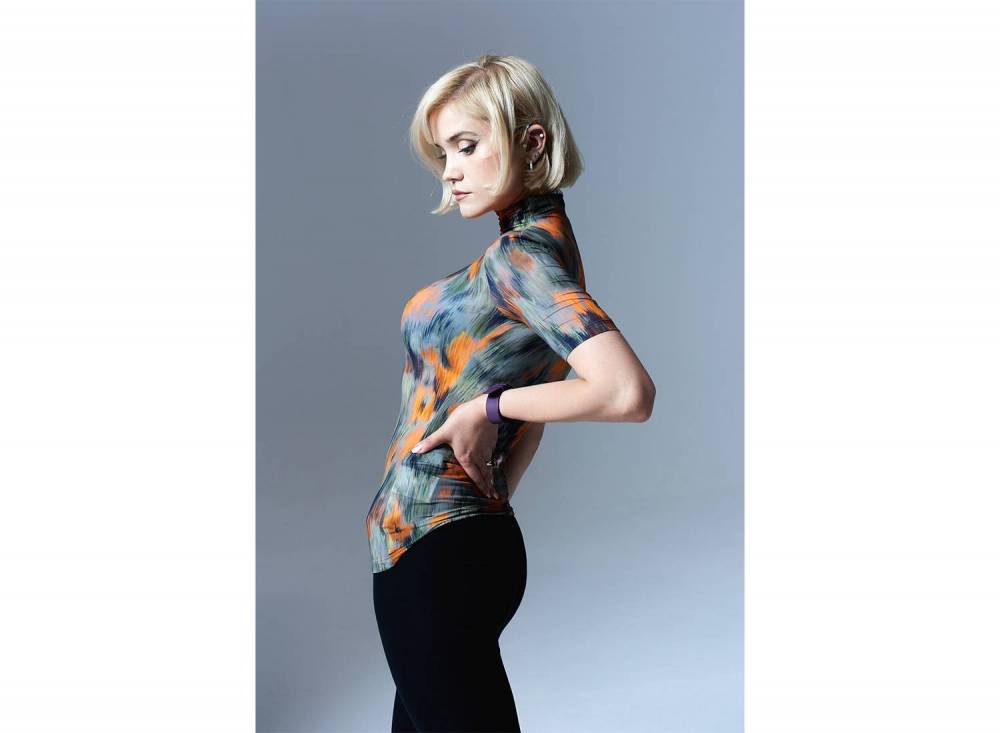 What tools are your favorite ones that help you make your magic happen?

My magic wand would be my self-build PC. It’s surely the most useful kind of spellbinding-tech tool!

Your renderings are super sleek and flawless. Do you consider yourself a perfectionist?

Not at all – it doesn’t have to be pixel perfect. On the other hand, I put a lot of effort into my works, and I want them to look as good as possible… So it’s not about perfection, but I want to feel positive about what I present to others.

You recently created a 3D design for Burberry Beauty. Can you walk us through this project?

It was the first time I’ve made so many animations in one project. It was a lot of hard work and stress, but in the end, I felt very confident in what I presented to the Burberry Beauty team. I proved to myself that I could actually do more than I thought I could, which was a gratifying feeling.

Which projects have been your favorite ones to work on so far?

My personal projects have always been my favorites as I get complete control over the creative process and can fully express the ideas forming in my imagination without time limits. I often get an idea stuck in my head, and I get fully consumed by it until I get a chance to work on it.
My favorite so far is Luna(r) and Gaia: Love, which is the first part of a 3-piece series of animations I’m still working on. I also find it rewarding each time I get a chance to use my work as a platform for activism. I enjoyed working on a project for Serpentine Galleries that supports artists in the context of emerging biological technologies and ecology by strengthening the foundations for art’s critical inquiry and intervention into these spaces. 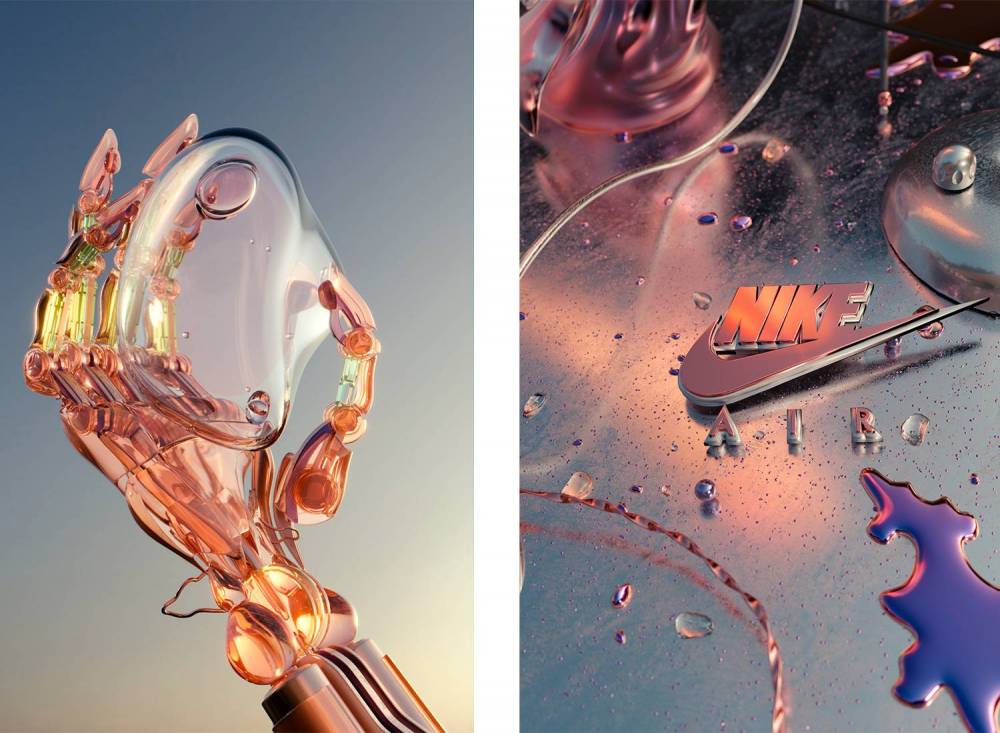 Sustainability plays a big role in your (creative) life. How do you make your workflow more sustainable?

3D processes themselves, unfortunately, need a massive amount of energy, so I try to save it wherever I can.
Recently I’ve decided to re-design my website to make it more environmentally friendly. My previous one, even though stunning, was really heavy on the servers; thus, each visit on it left a significant carbon footprint. Right now, with a designer from Digital Ecology Institute, we are working on the solution to this. Hopefully, I’ll be able to show something stunning soon.

What will the future of 3D art look like?

I have many ideas popping in my mind – faster rendering options, more open-source assets, even bigger accessibility… My main hope for the future of 3D would be alternatives to energy-consuming processes like render farms or computer networks using renewable energy sources. Cheerfully, we will have a chance to use them in the near future. 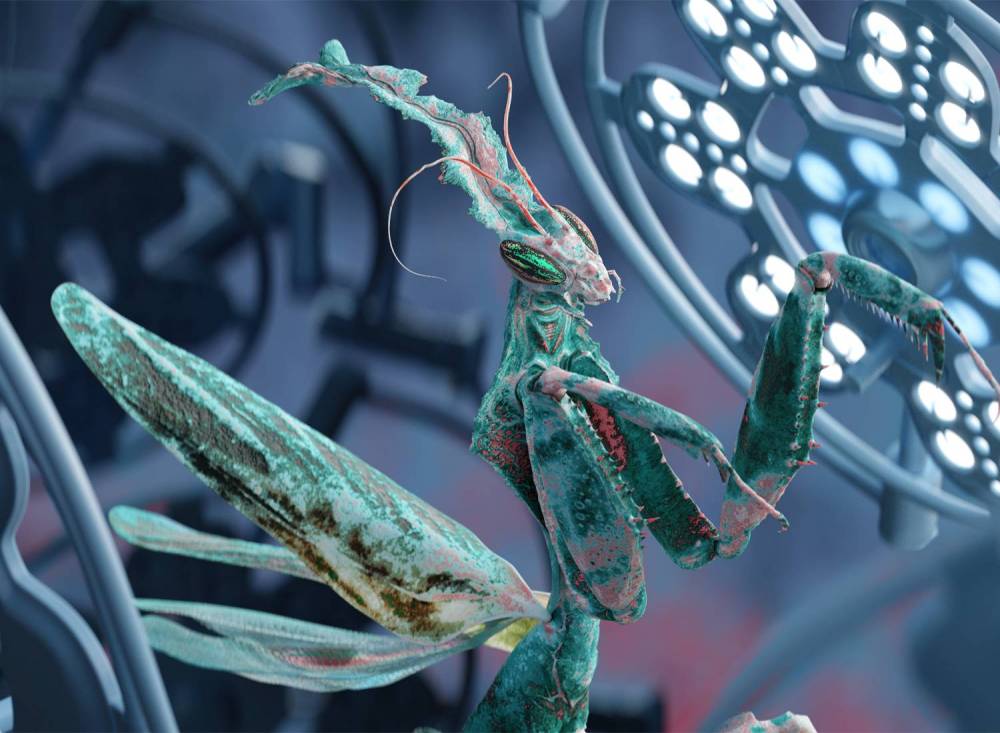