Tobias van Schneider tells us ‘How to move to NYC’

Tobias van Schneider is a German multi-disciplinary maker of useful, curious and beautiful things. Born in Germany and raised in Austria, he now lives and works in New York City. After dropping out of school and teaching himself design at the age of 16, he worked as hard as he could to become who he is today: designer, founder, speaker, mentor and maker. 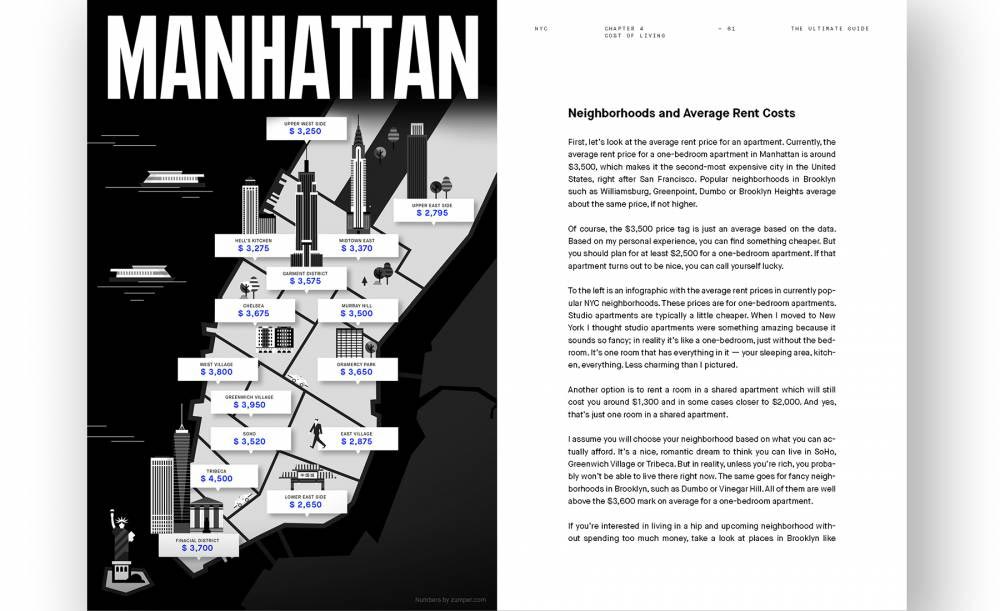 In his newly published book How to move to NYC he explains exactly what the title tells you, beautifully illustrated and with a lot of inside knowledge. “No bullshit, no stress.”

Was there a specific moment you decided to move to NYC or did the idea slowly sneak into your head?

Tobias: Honestly, it was a pretty rushed decision. I pretty much made up my mind the moment the idea first came into my head. I was at a point in my life where I just needed a change and moving to NYC seemed like a crazy and unrealistic idea, so I just went ahead and did it. Of course, it wasn’t as easy as that sounds. After struggling for many years with the visa application process, I eventually made it happen. But the initial decision and visit, a sabbatical for a couple months, happened more or less overnight with no grand plans. 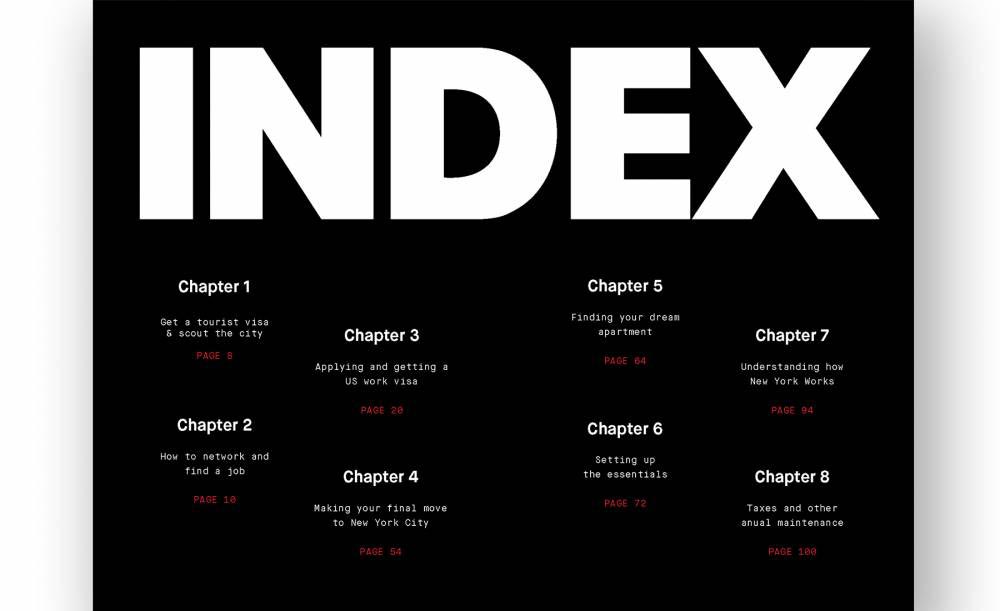 What is it that makes NYC so compelling for young designers? Why did you specifically choose the U.S. over Europe?

Tobias: It almost sounds too cheesy to say, but New York City seems to be the place where everything is happening. Regardless of what industry you’re in, NYC is the place you can prove yourself and be surrounded by like-minded people. I didn’t feel things were moving fast enough for me and I didn’t feel challenged in my work. I was in this weird place of being a bit too comfortable yet at the same time not doing very well professionally or financially.  I believe New York is compelling for young designers because there just seems to be endless opportunities in a very small amount of space. If you’re motivated and good at what you do, it’s exactly the place to be. 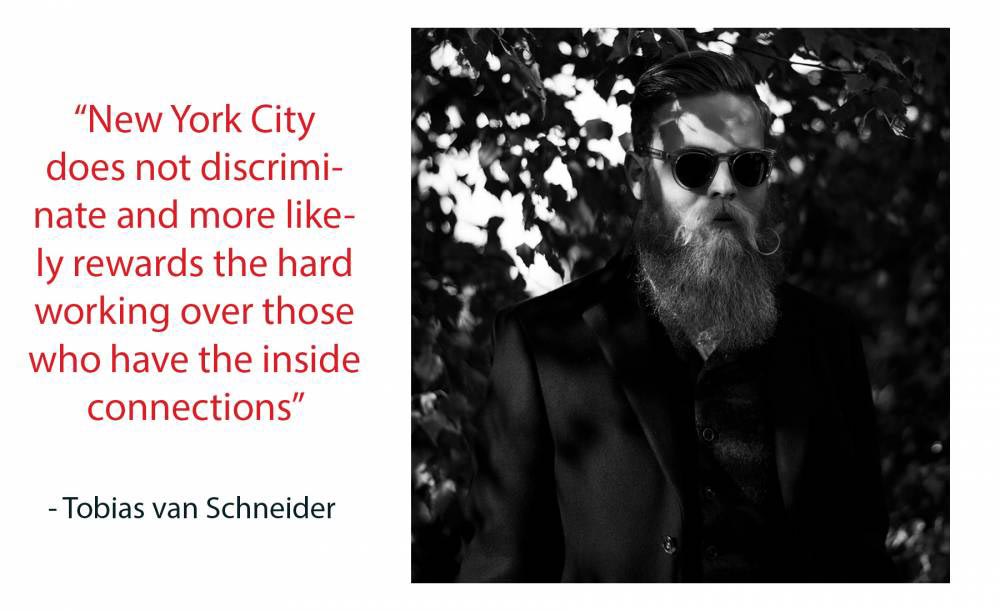 In what way is NYC different from other cities?

Tobias: It’s the energy in the streets. There’s just this smell of ambition and opportunity in the air. I’ve seen this in other cities as well, but New York just brings together the best of everything. While there may be other cities that have a stronger grip on certain industries, such as LA with its entertainment industry, New York seems to be good at attracting almost everything in between. Even though connections are important, in New York you are able to get ahead just by being great at what you do. NYC does not discriminate and more likely rewards the hard working over those who have the inside connections. 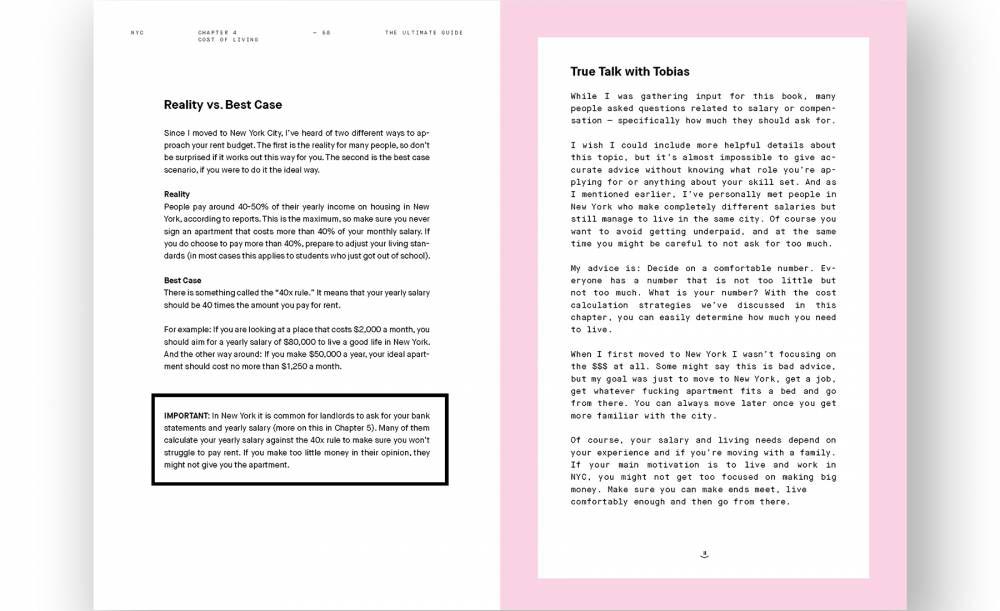 What was the most absurd thing that happened to you when moving to the U.S.?

Tobias: Probably how my expectations of a glamorous New York (the one I expected from movies and stories) slowly got crushed and reality set in. New York may be advertised as THE CITY, but it will surprise you when it comes to its poor infrastructure and quality of living, which are essentially non-existent. Things I may have taken for granted back in Germany are seen more as a luxury in New York. I certainly wouldn’t call the city’s infrastructure “modern.” But maybe what also contributes to the charm of the city is the feeling that it may fall apart at any moment. After a while, you start to love the imperfections of New York. 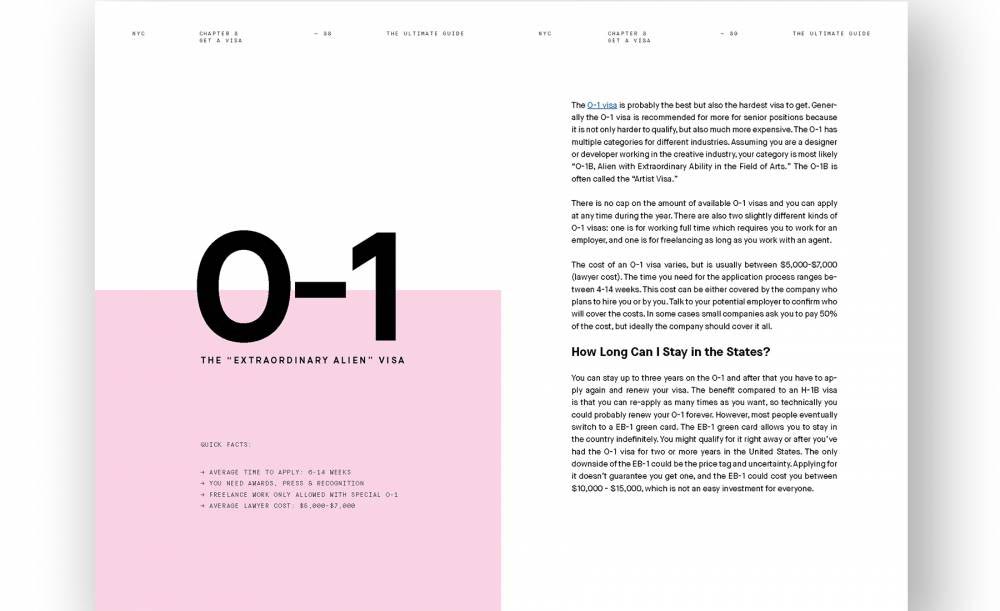 What was the hardest part about relocating? Did you ever hit rock bottom and what kept you going afterwards?

Tobias: The hardest part is easily the visa and immigration process. I’m sure everyone who has moved to the U.S. will tell you the same, unless they’ve been blessed with dual citizenship or found a lost sibling that happens to live in the States. I think there were multiple times I wondered why I was doing all of this when the U.S. immigration system clearly tells you that you’re not welcome in the country.  Being subject to a fragile political system like this may be exhausting at times, but you have to remind yourself to keep fighting and not get too discouraged by the process.

Did you want to just stay temporarily or have you always wanted to stay long-term?

Tobias: This is usually far beyond what you can personally control. Unless you’re one of the lucky few who have a legal way of staying long-term, you’re always just temporary in the U.S. Visas usually last up to three years and have to be renewed frequently. At the same time they’re subject to many changes based on the current fragile immigration system, which means they’re never guaranteed. But personally, I always dreamed of staying a bit longer – or as long as I still enjoyed it, which I still do. 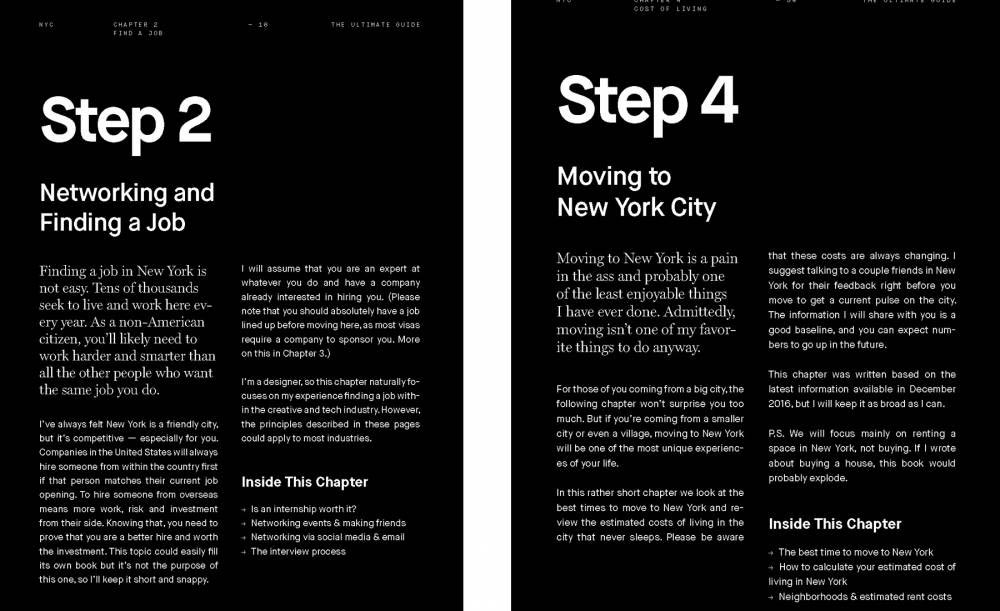 What inspired you to write this book? Was it the desperation you felt when looking for all this information yourself?

Tobias: Absolutely. Most of the information may or may not be available somewhere online, but it is hard to find all in one place. Moving to NYC was exhausting and I wish someone would have given me a little guide with honest advice along the way. I wrote this book to make it easier for other people who plan to take the same journey.

You spent months collecting all this information. What do you think is the most essential?

Tobias: Overall, it’s that you get a clear and honest view of what it takes to move to New York, and understand there’s some work and sacrifice involved. The most essential information you can get out of the book is a step-by-step process which may help you either move to NYC, or decide against it because you now know more clearly what it takes. 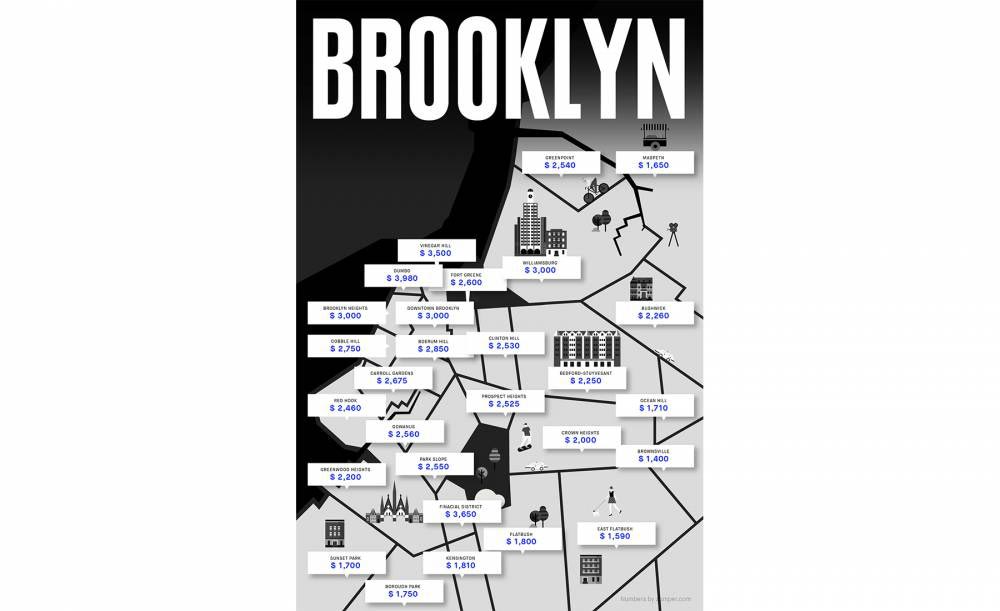 In what way do you think does the design of the book help to transfer your ideas?

Tobias: I went over the design and the length of the book many times. I could have written an ebook with twice the amount of pages and lots of fancy graphics, but my goal was to keep it bullshit-free and straight to the point. What bothered me most with all the information online is that it’s too wordy, too scattered and often more confusing than helpful. My aim was to keep the book clear and concise, providing everything you need at a minimum – plus additional resources if you want to dig deeper into one specific topic.

What’s your number one tip for a young designer who wants to relocate?

Tobias: Go and stay in New York for three months (on a regular tourist visa) to get a better picture of the city before you move. If you fall in love with the city, you’ll do everything possible to get there and it will feel good. If you don’t fall in love with the city, at least you know that it may not be the right place, and that is totally OK.