How to design a figure skating dress for the Winter Olympics

When East-German figure skating competitor Katarina Witt performed in an outfit that resembled a bathing suit at the 1988 Winter Olympics in Calgary, she shocked audiences around the world. Her blue figure skating dress had feathers adorned at the waist instead of a skirt and was barely covering her posterior.

The event led to a change of costume-rules, which got their latest update in 2016. The International Skating Union now stipulates, that the clothing “must not give the effect of excessive nudity inappropriate for the discipline.“ However, clothing may reflect the character of the music. This means that although most competitors stick with the typical glitzy, sparkling dresses, there are hardly any strict rules that have to be followed. 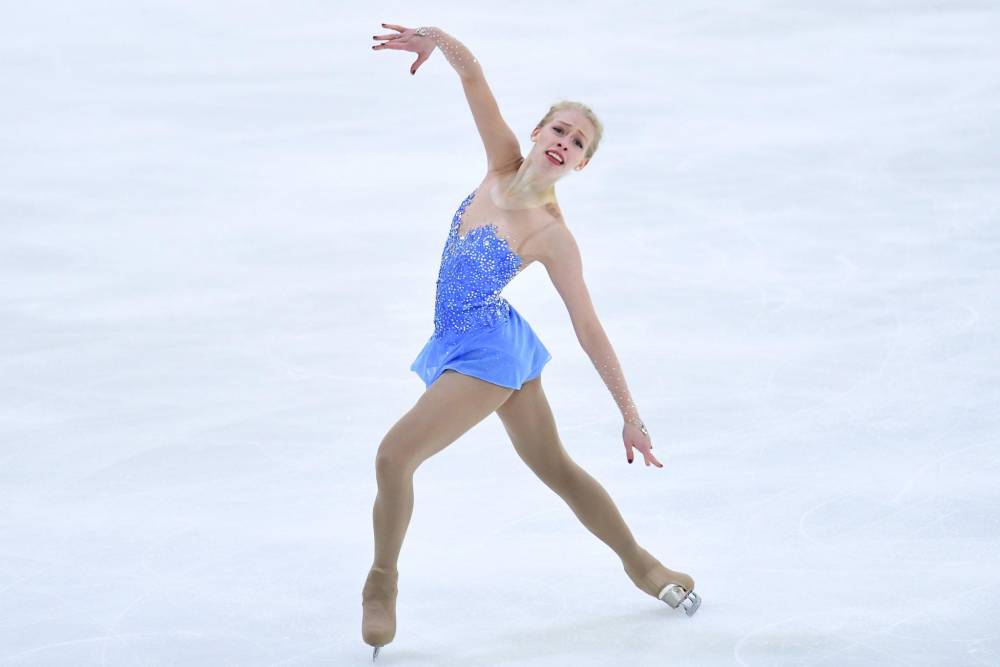 With designing the outfits comes great resposibility. “If one strap were to break, or if the beading on the sleeve gets caught when they turn, their whole Olympics is over. That is how serious it is. It’s absolutely nightmarish!”, says runway designer Vera Wang, who custom designed the outfit of US competitor Nathan Chen.

The mostly vast amount of crystals is also affecting the competitor´s performance. A bodysuit full of rhinestones can weigh up to two pounds.

The design process usually starts with the music, says Pat Pearsal, who has been designing costumes for years. “Also, the costume needs to be exactly what it should be for that particular skater, and that particular program. If it checks off all of those boxes, for me, that’s a wonderful costume.“