Together with OHNE DEN HYPE, Forward welcomes you inside the mind of creatives, artists and designers! In intimate and personal conversations with Forward-speakers, industry legends and creative shooting stars, the podcast revolves around personal topics – completely without the hype that usually surrounds them. This fifth edition focuses on the life and creative work of the renowned graphic designer and creative director Mirko Borsche who talks to Sven Jürgenmeier about success in the industry and what do do next in life after you have done it all in your career. 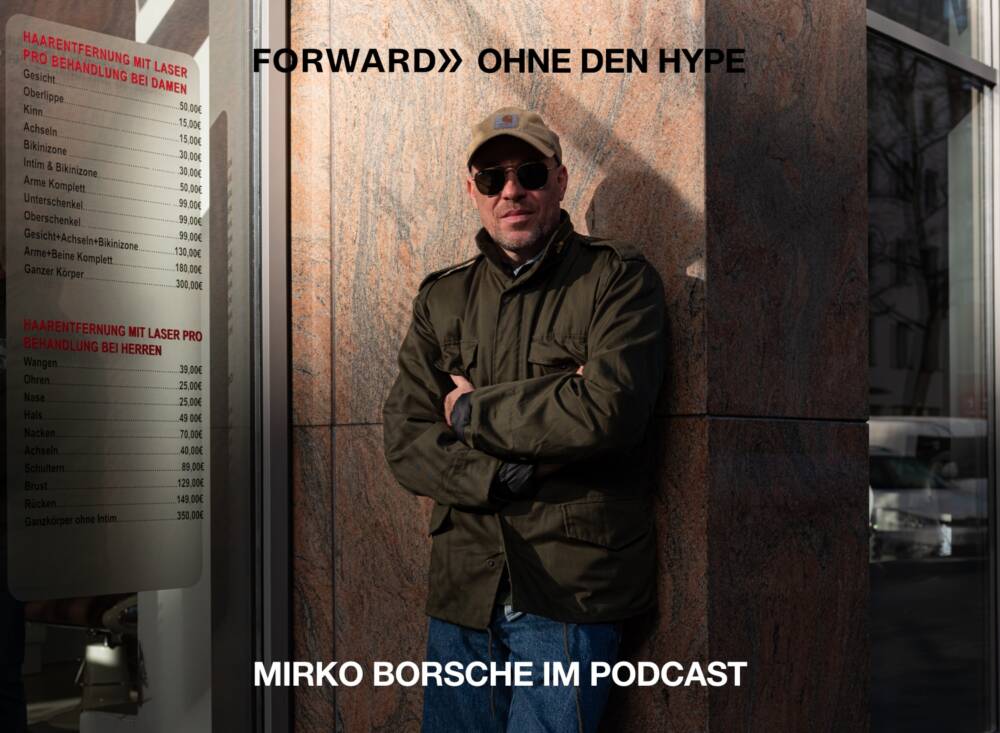 Mirko Borsche is one of the biggest names in the german graphic design landscape. Not only is he the creative director for ZEIT Magazine, which is published every friday, he has also worked with many of the big names like Balenciaga, Rimowa, Highsnobiety and Supreme. Just to name a few. And another thing: he often says exactly what he is thinking, even if that might ruffle some feathers. Similar to his direct way of communicating, his art style can be described as straight forward and bold, while also preserving a distinct timeless notion. It really shows that his creation process is an extension of his personality. Which is probably exactly what makes him so successful.

In his conversation with Sven Jürgenmeier, Mirko Borsche starts at the very beginning. We are taken back to his youth in Munich and the influence that Graffiti had very early on in his life and career. Walking the memory lane, Mirko and Sven reflect on the graphic designers education, his early days as a young designer and how he dealt with the fame that came soon after he got some footing in the industry. We get to follow Mirko Borsche trough the processes that shaped him up and molded him into the designer he is today.

This episode  guides us through all the highs and lows of a graphic designer that was shaped by early fame, how he realized it hat changed him and what he plans to do next, when this is all over.

Mirko Borsche was a speaker at Forward Festival Munich in 2020.