Ferry Gouw is known as an illustrator, graphic designer, and video director. Personally, however, he doesn’t want to restrict himself to any occupation in particular. Having directed a whole visual universe for Major Lazer, we spoke to him about designing for the music industry and learned how he usually creates such immersive narratives.

Forward Magazine: You studied Film and also Art & Design in London. How did that shape you?
Ferry Gouw: A big part of art school and film school is the demand to think critically. Therefore, a lot of creative decisions that I thought were quirky or edgy were exposed very quickly to be the rehashing of old tired ideas or outdated presumptions about the world. I was constantly required to reassess my ideas and to be critical of what I was doing, which made me more disciplined. Another big part of art school and film school was meeting like-minded people, interesting, intelligent, creative people that inspire you.

Forward Magazine: Would you consider yourself more as a graphic designer or a video producer?
Ferry Gouw: I don’t consider myself of any occupation in particular. Art director is the closest title, perhaps, just by how loose the definition is. I’d like to be able to take on whatever work or project I feel like at any given time. 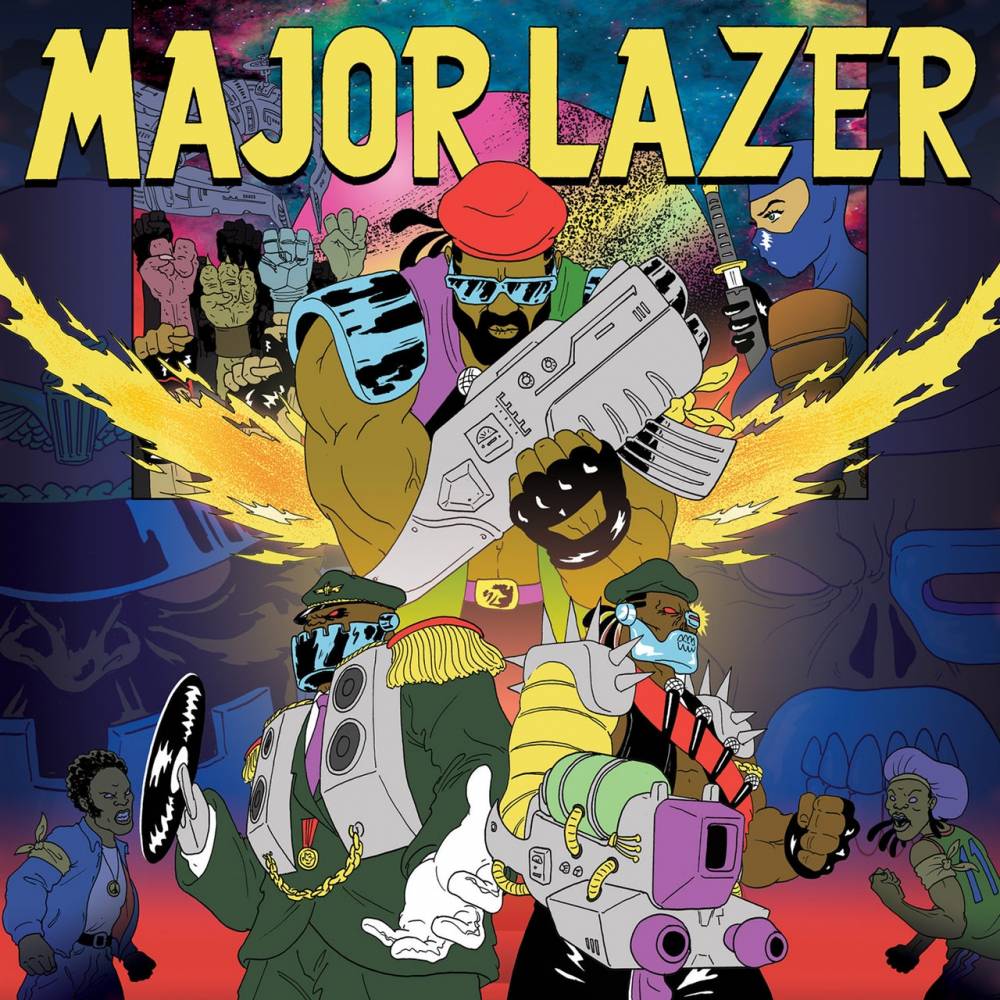 Forward Magazine: Have you always wanted to design for music artists?
Ferry Gouw: Music is a big part of my life. I used to play music, I used to be in bands, I used to collect records. So naturally, my visual identity has always been linked to that world. I don’t know if I always wanted to design specifically for music artists, but it happened naturally and accidentally from being involved in the music scene in London: doing flyers for shows, clubs, merch, which grew into doing record covers, etc. But it wasn’t born out of some burning ambition to make a career out of it.

Forward Magazine: When do ideas usually come to your mind?
Ferry Gouw: I try to stay interested in the world around me. I always try and go to exhibitions, read books, listen to new music, and old music. Just to try and keep my brain active and engaged. So when a project comes along that requires me to come up with ideas, I can immediately, instinctively come up with solutions, because I’ve stored up some themes I want to explore. I’m also doing more personal projects nowadays, where I can try out new techniques and new aesthetics, so I don’t wait around for projects. When they do come, I just apply this new technique/aesthetic to the project. So I can always do what I’m interested in. That’s the idea anyway.

Forward Magazine: How do you keep track of your ideas?
Ferry Gouw: Sketching and drawing is my first go-to tool. It’s the way I explore visual ideas, so I have a small notepad (I don’t have some elaborate moleskin sketchbook with beautiful drawings), I doodle and play around with sketches. That’s usually the starting point. I’m not very organized, so once the idea solidifies, I don’t even keep the notes. The notepad is there only as a tool to help me think. 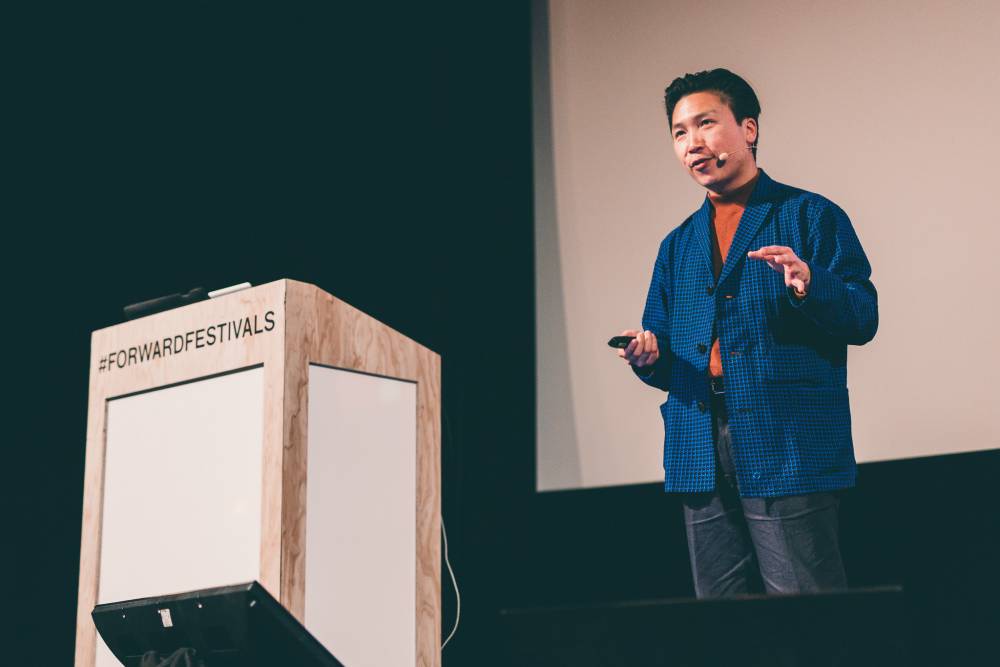 Forward Magazine: Can you listen to the music you’ve designed for without thinking of the design you did or thinking of new ideas for it?
Ferry Gouw: When I design for some piece of music, a song, album, etc, I spend quite some time listening to it to at least get into the feeling of it to work out the art. So by the time I finish it, I can’t disengage the music from the process of thinking about the visual ideas that go into the art. On some bad ones, I did, maybe I’d regret doing this detail or that detail.

Forward Magazine: How does design for music need to look like in your opinion?
Ferry Gouw: For me – maybe from film school or reading comics – listening to music involves building a world that the music lives in. That’s generally how I approach visualizing music projects, trying to imagine the kind of world or visual language that the music lives in. So it doesn’t necessarily mean that it looks like the music itself, but needs to feel like it helps tell the story of the music. This works best when I handle the art direction of the whole campaign (as opposed to one off-record artwork), this means I can develop the “narrative” or the world of the music, one visual leads to the next and the next, all telling different aspects of the “story”.

Forward Magazine: Do you think the music video industry has changed through streaming platforms, and if so – how?
Ferry Gouw: For the past couple of years I stopped paying attention to how the format of these platforms changes. I used to keep track of how social media and visual platforms open up new requirements on how to make work, and you build your work to fit the platform. Then I realized that’s not my job. I want to be good at making stuff I want to do, then someone else needs to keep track of new platforms and its requirements, then tell me what they want from me. If I let the platform dictate what I do I feel like that’ll jeopardize the kind of ideas I come up with. So in short, I don’t know and I shouldn’t care that much.

“Good work and shit work will be made on any platform.”

I should only care about being good.

Forward Magazine: When you met Major Lazer, you quickly sensed that you had the same kind of vision. Can you name some key things that have to be there in order for you to want to work with someone?
Ferry Gouw: The requirement is fairly simple, I need to find it interesting, either musically, or the scope of the project, or if it lets me explore something interesting and new, and there’s a level of trust that allows me enough room to make something good.

Forward Magazine: If you could choose one musician to work for – who would it be?
Ferry Gouw: I would love to art direct the Oasis reunion if it ever happens. 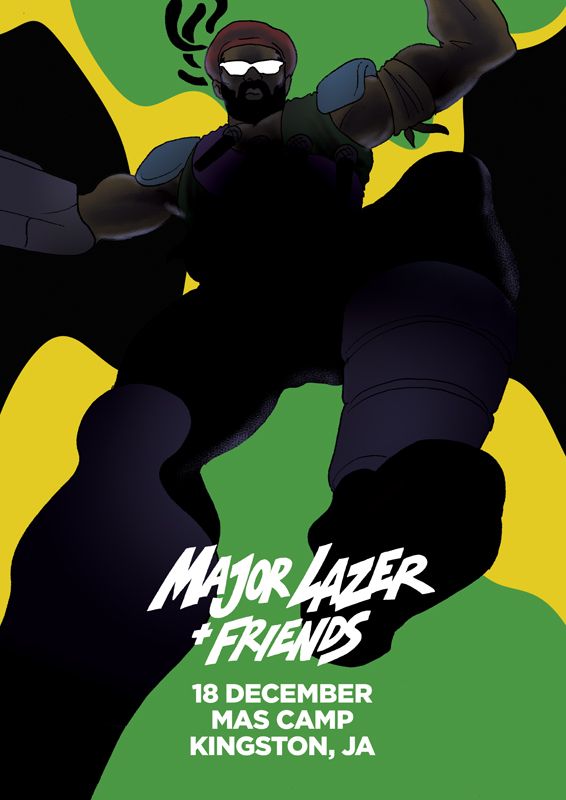