32 designers and artists joined forces and created a one-of-a-kind t-shirt for “Support Your Local Dealer”.

This is more than a t-shirt – it is a non-profit project aiming to support creatives, small business owners and people in financial need now. For the second round of the project, 32 designers and artists from all over the world, like Forward Festival speakers Eike König, Selam X and ABC Dinamo, contributed artworks along the lines of solidarity, communion and equity and sponsored their very own visual response to this ubiquitous crisis. 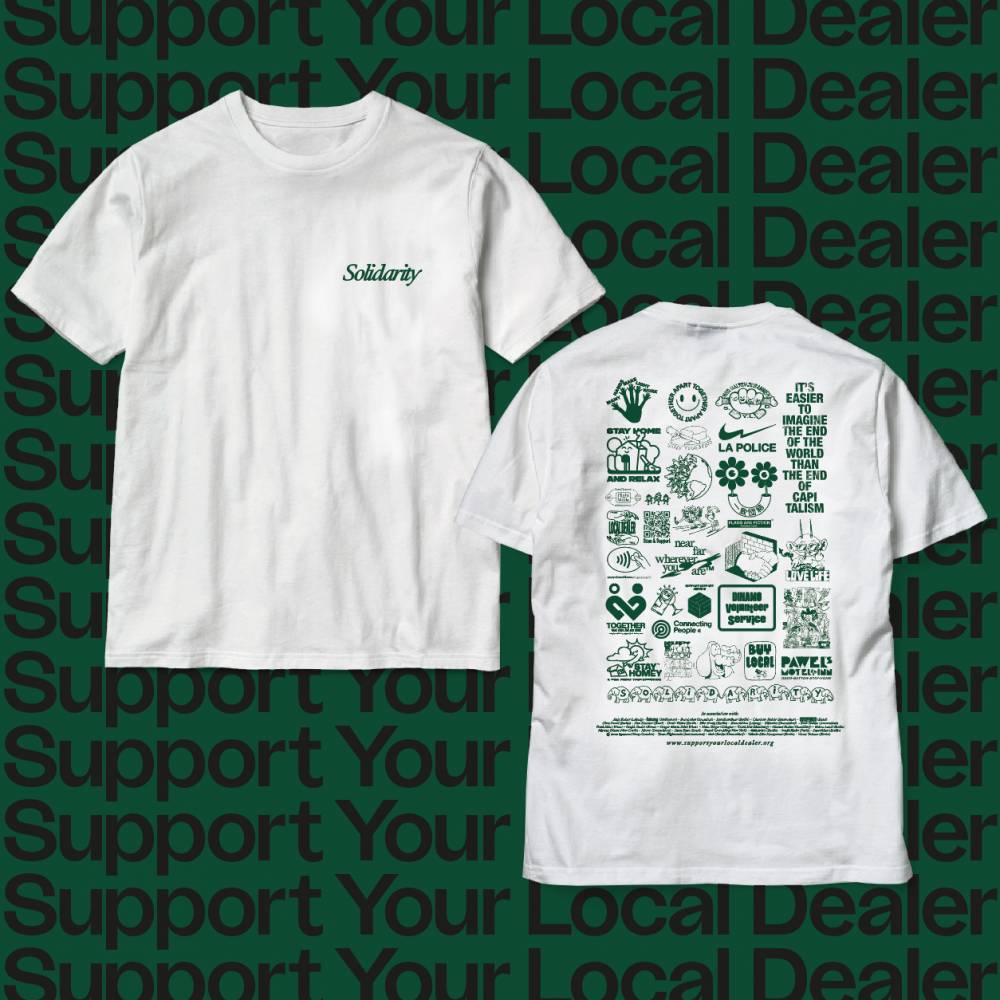 The inspiration for the t-shirt’s layout were common marathon sponsor shirts. The illustrations are summarised on the back, just like sponsor logos. In that way, the initiators want to emphasize the artists as the great supporters they are, since without them the t-shirt and the according fundraiser wouldn’t have been possible. 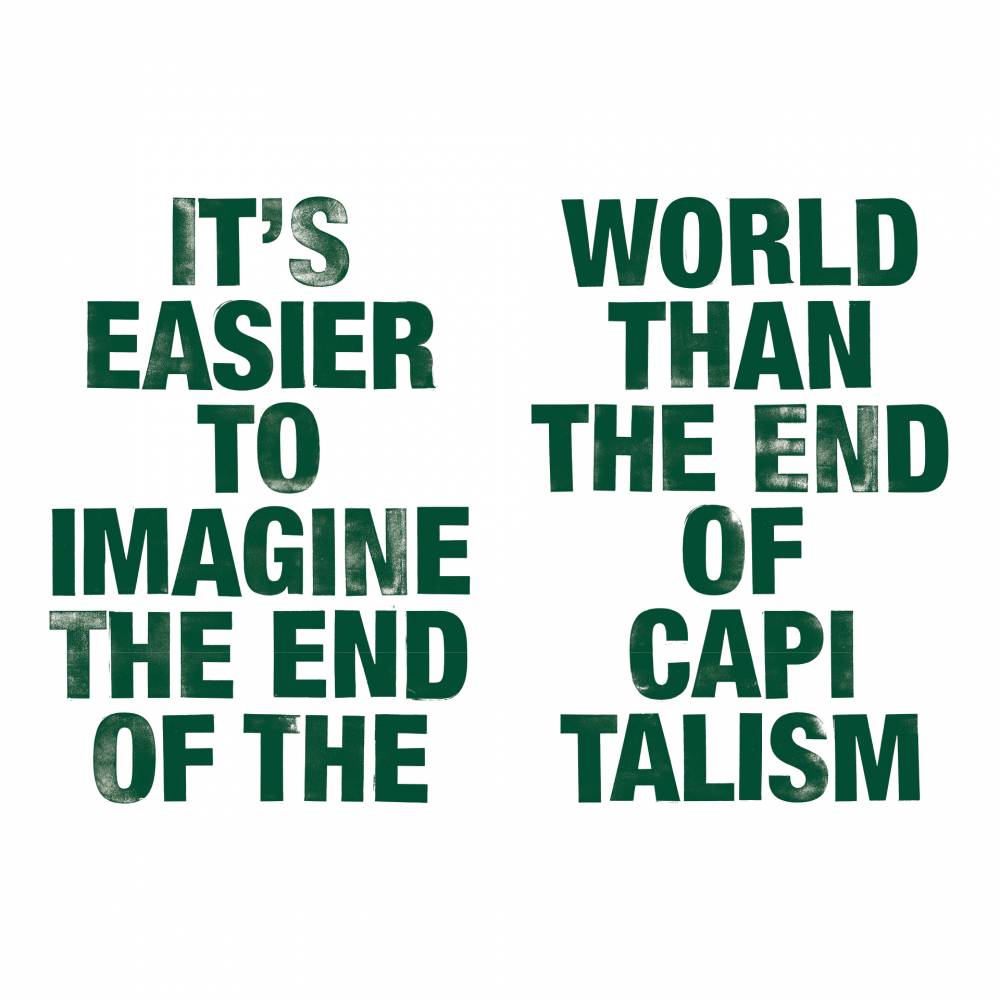 Behind the project stands “Solidarithek”, a public charity brought to life as a way of dealing with the current crisis, with jobs disappearing and small businesses and creative ventures struggling big time. It was founded by people from different fields of work: Freelancers from arts and culture, hospitality, non-profit organizations and the collective Studio_thek from Berlin and Düsseldorf. 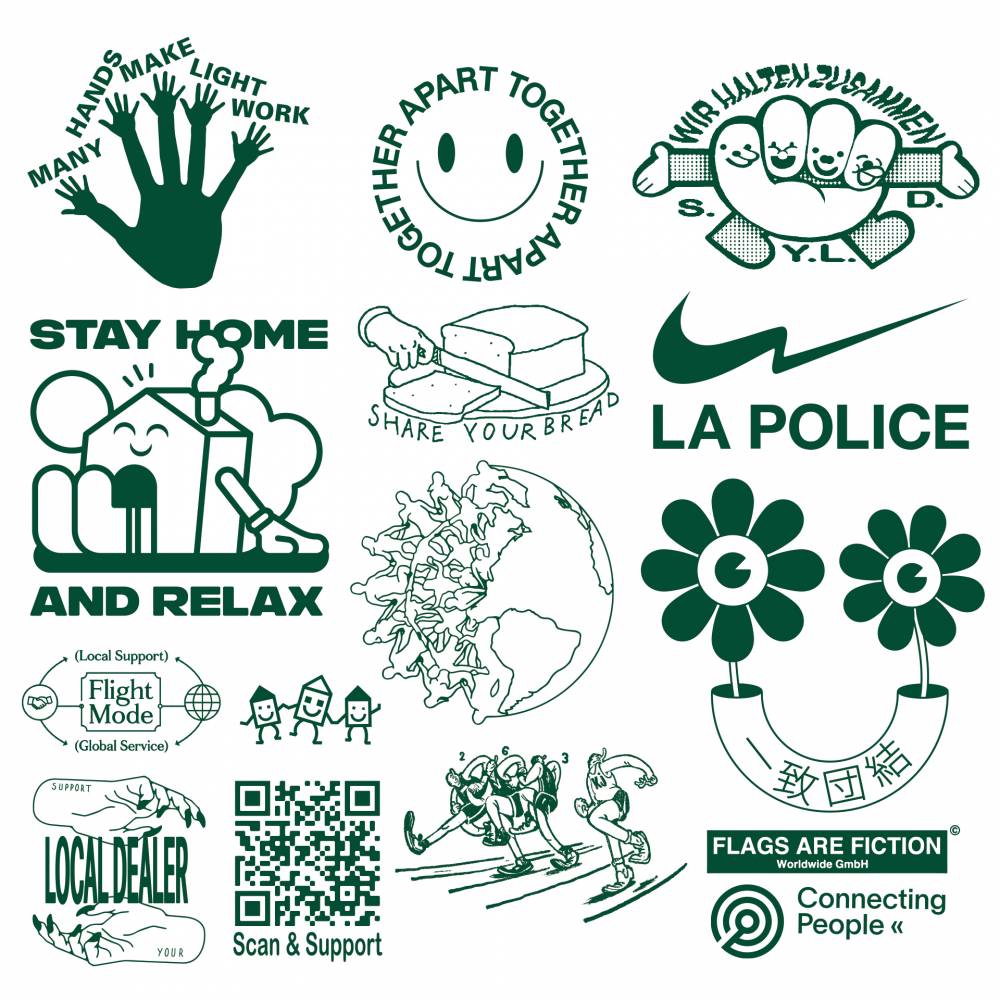 All of the collected profit goes directly to the supported projects which are located all around the world – from Australia to Uganda.

Find out more and order you shirt here.