Musician, painter, DJane, student, curator, boiler room member, cult survivor – Sofie Fatouretchi moves in various commercial and artistic circles and cannot be put in a box. Still, her definition of safe space is “myself, alone at home”. After living in California, she is now back in Vienna and more creative than ever before. We had a chat with her in her favorite Viennese coffee house to find out more for our series “Featured by #jungbleiben magazine“.

Your single Truth of the Matter came out recently. Do you feel like you can stop and acknowledge such achievements or does it go straight on for you?

Well, the whole album has been finished for a while now. I was in Los Angeles in August and September when it was mixed and mastered, and that’s where we shot the music video. So much time has passed since then that I really can’t watch it anymore. When the video came out, I simply turned off my phone.

But you did follow the reactions in the comments, right?

Yes, YouTube comments are always funny. I’m so used to them from my Boiler Room time, back when people sometimes also said mean things like “Oh, you’re so skinny!” or stuff like that. It’s YouTube. People write crap. 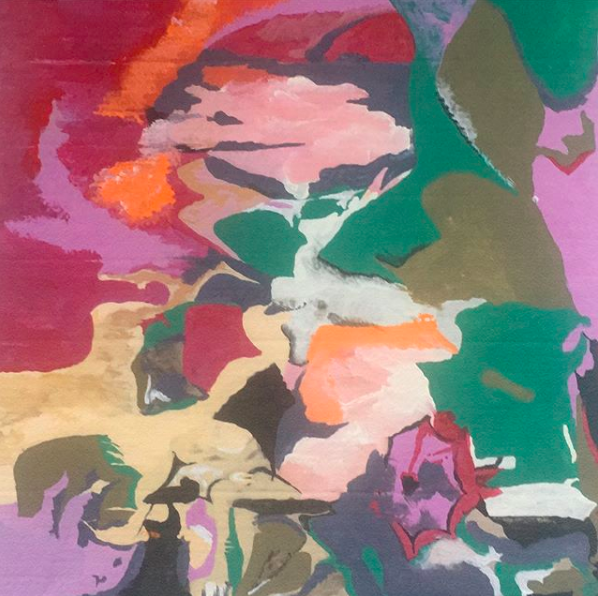 Everything you do is ultimately of artistic nature and therefore something very personal. Do you sometimes have doubts or are you very resistant?

Oh no, of course I have doubts too. It’s my first time producing music that I write, sing and also play the instruments myself. That’s something so personal, there’s no buffer to distinguish yourself from it.

It’s probably similar with painting but there you’ve been in the public eye only recently.

Painting and sculpture have always been means of expression which I could never really explore. Since I started doing so, I have been a bit in the public eye with them, even if I don’t necessarily want to do so yet.

Meanwhile it’s like whatever, I’m just doing it without thinking about it much.

How did you get into painting in the first place? Where did this urge come from?

I have always been painting. As a child, the first thing I did when I got up was paint. But at home, I never really got the opportunity to work on a really large scale.

Would you say you had a lot of support from home?

I do not come from a musical or artistic background. My parents met in their early 20s while studying art in Italy, but they had to give it up for financial reasons and then studied computer science and worked in IT. My mum has become an anthropologist. But no, I don’t have any family ties to the art world or the music scene. 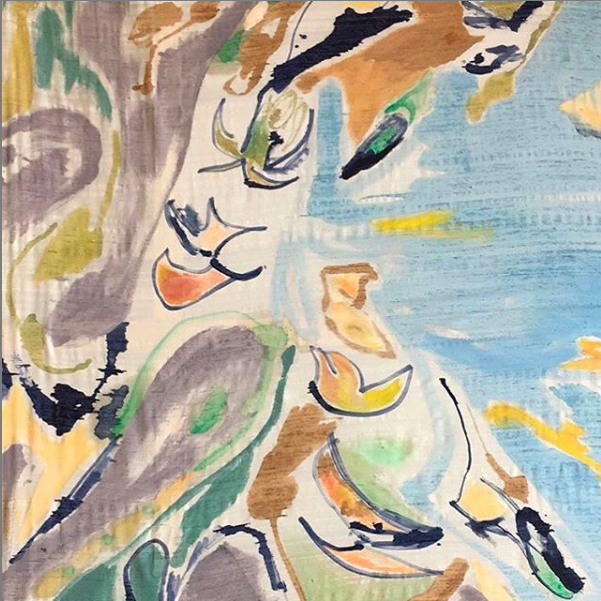 Do you think family connections are more likely to push one’s artistic drive?

“I think when you’re an artist, you can’t just turn that off.”

You don’t get to decide. I’ve spent a long time exploring other areas of interest, or I’ve borrowed my creative output to companies like Boiler Room. But I feel like the older I get, the less I can turn that off.

Why would you even want to turn that off? 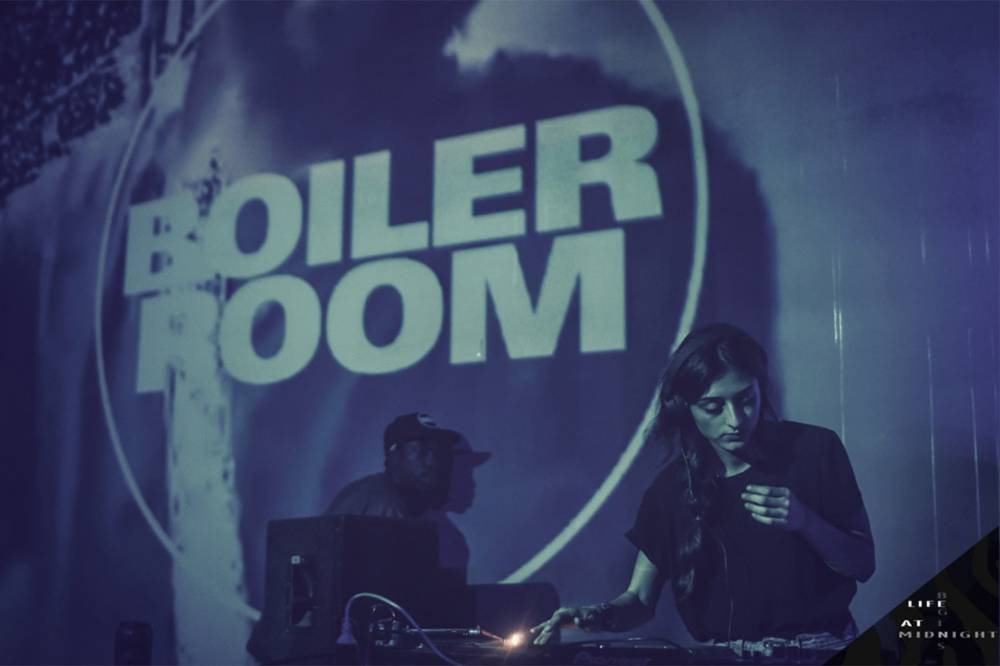 You are very much on the borderline between art and commerce. Whether it is Boiler Room, FM4, Stones Throw Records, Vienna Philharmonic; those are very different social surroundings, there’s no specific bubble.

I think I’ve always refused that. Probably because I never really belonged to a specific group in school. I wasn’t that popular, I was more of a freak. I find it very limiting when you only belong to one environment or circle and I really enjoy being involved in different things.

So you enjoy being out of your safe space.

Yeah, I don’t know, my safe space is like – myself, alone at home. (laughs) Everything else is not safe.

Do the disciplines then inspire each other?

Everything you do in a transdisciplinary way gives strength or inspiration to the other. Sometimes I have weeks where I don’t feel like painting or making sculptures or music at all. Then, in another week, I make a lot of music. Sometimes I also have very productive weeks, where I create a lot, then I also sleep a lot.

So inspiration and productivity go hand in hand?

Yes, absolutely. Of course, you can also gather inspiration in other ways, through impressions or social situations but that’s not necessarily something you get to choose. 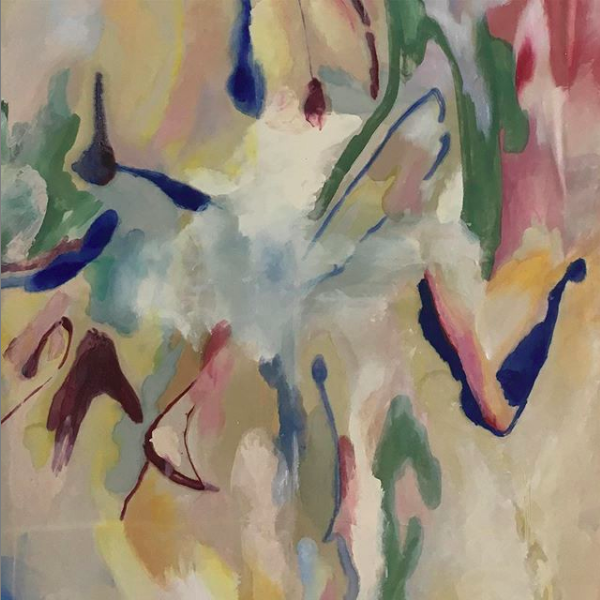 You also mentioned that you have the feeling of being able to live more freely again ever since you returned to Vienna.

Yeah, that’s just because I have more time for myself here. You have to keep in mind that I was working full time when I was abroad. All of that fell away when I moved to Vienna. So you find yourself far away from your friends and your social circle and suddenly you have a lot of time for yourself.

Which either makes you do a lot or nothing at all.

I can never not do something. It just can’t always be goal-oriented. That’s also something I’m struggling with because I do find boredom important and healthy sometimes.

I am an extreme perfectionist, that’s one of my weaknesses. Back in school, I would write a whole page and if didn’t like my handwriting, I would tear it all out again. I slowly stopped doing those things. But it’s deep down inside of you, so you’re always an obstacle to yourself.
With this album, so many things were not recorded a second time more beautifully or better, it was really the first recording. I just have to deal with the fact that it doesn’t sound perfect but I would also find it boring if it sounded overproduced or “too beautiful”. 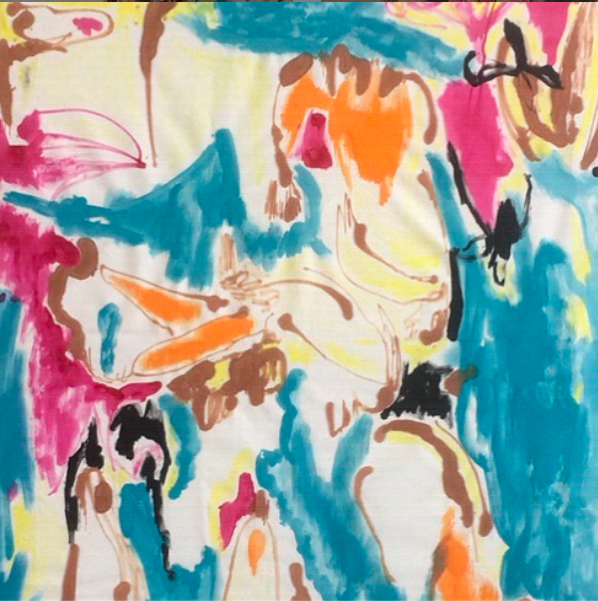 Do you still see 60-year-old Sofie painting and playing the violin?

What are some goals that are easier to imagine than turning 30?

I’m really looking forward to the release of the album on 26 June, but otherwise I’m not planning too far ahead. I know it would be good to have long-term goals, but I am so easily disappointed as a person. I have found that, this way, I can lower my very high expectations and demands on myself. In the end, many things turn out differently than planned anyway.

Illustration by Daniel Triendl
In friendly cooperation with www.jungbleiben.com