Stage sets, videos, album covers, physical or digital objects – Austrian band Bilderbuch keeps on reinventing their visuals by collaborating with talented artists. Now, these artworks will be part of the exhibition Approximation by Bilderbuch at MuseumsQuartier Wien.

In the context of the exhibition, “Approximation” refers to artistic practices allowing observation and expression to approach one another. In this case, the collaborations have often been initiated by Maurice Ernst, lead-singer of the band, who has an eye for visuals and is constantly reinventing Bilderbuch’s imagery. 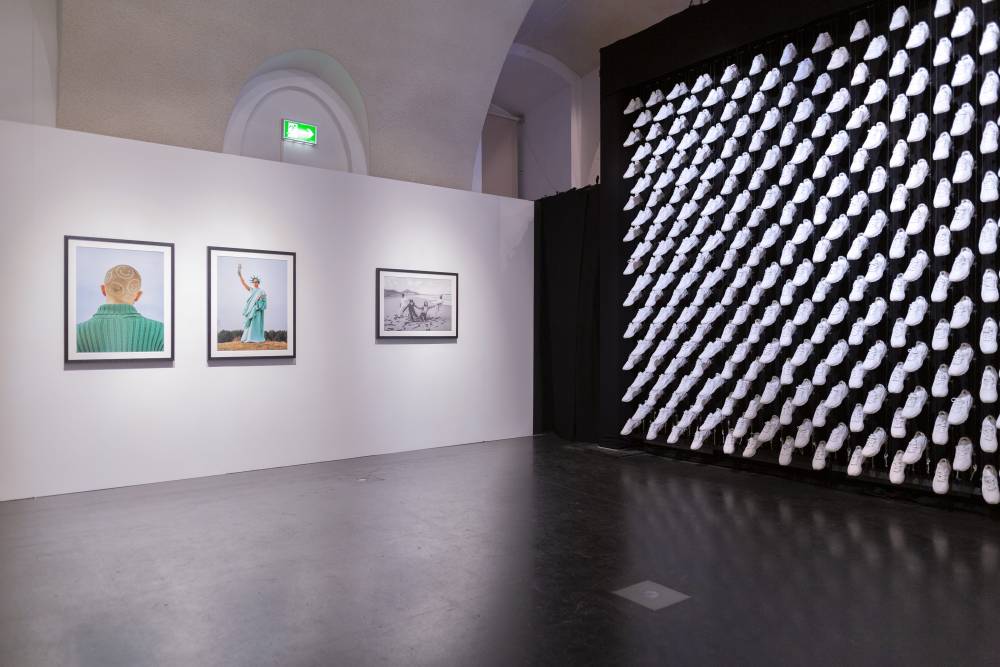 Over time Bilderbuch has been working with so many talented people, it is not surprising that the line-up of the exhibition is just as impressive: 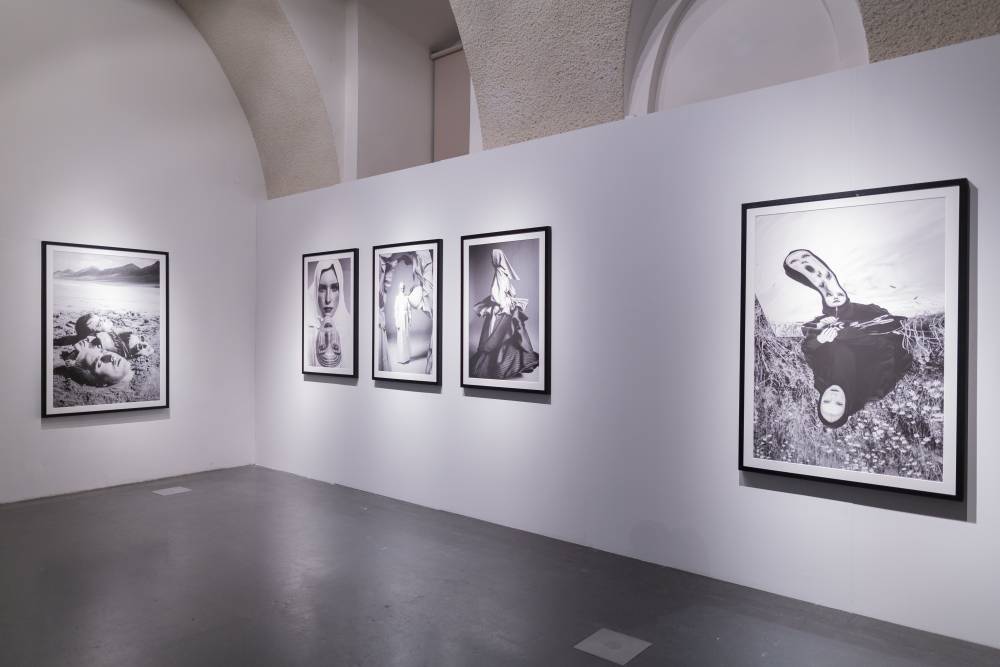 The exhibition is curated by Bilderbuch, Fresh Max, Jannik Schäfer and Klaus Krobath who have been preparing it for about one and a half years now. 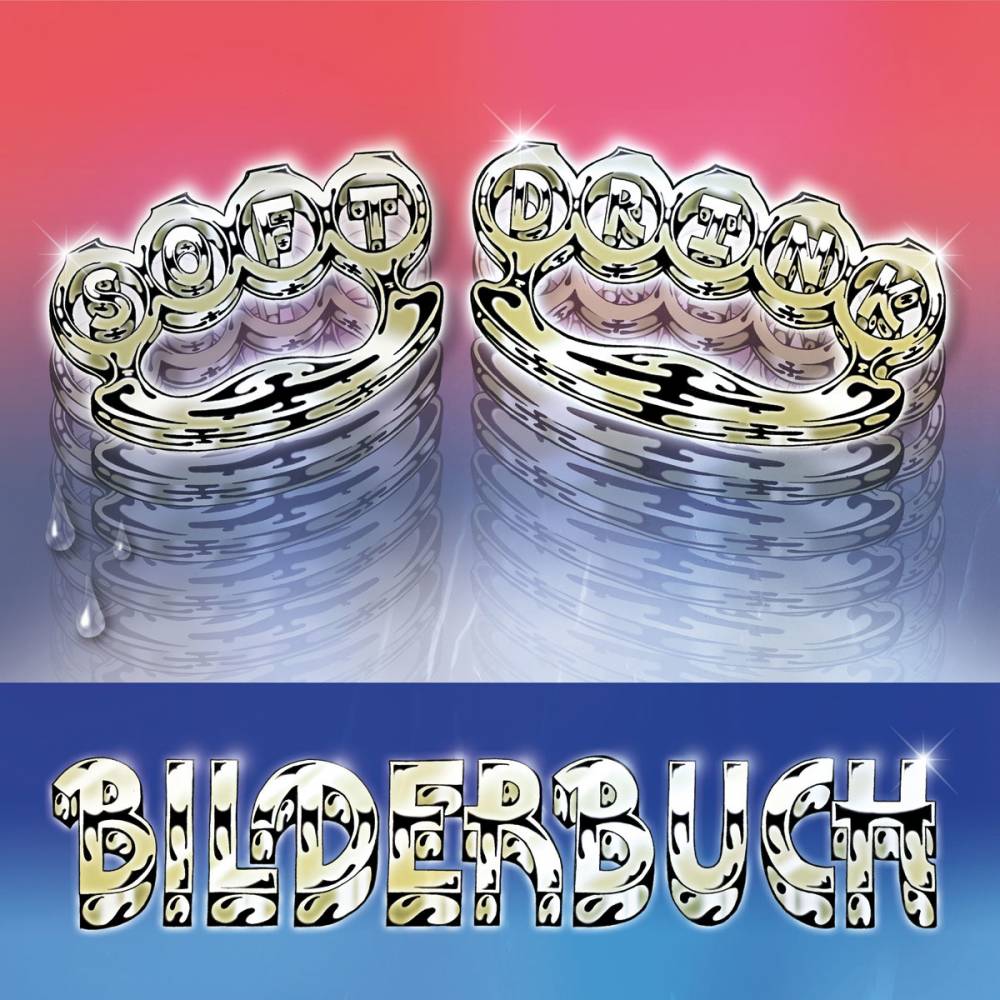 Max first started working with Bilderbuch back in 2013. At a time when there was no such thing as sliding into one’s DMs, he contacted Bilderbuch and soon he would create the artwork for their single Softdrink. 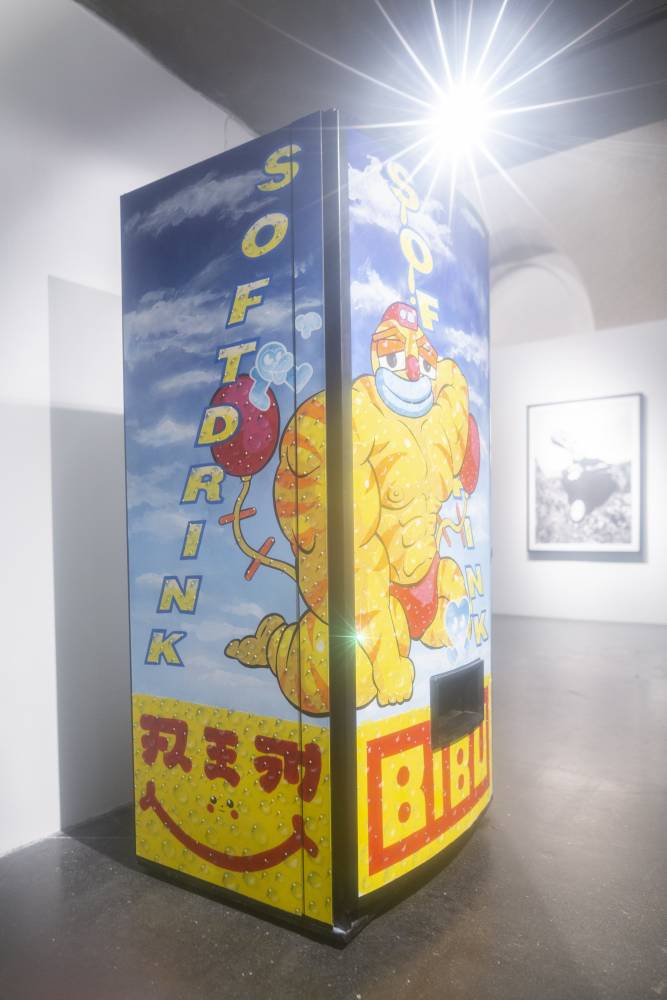 As an extra for the exhibition, he painted a soft drink vending machine where you can get your own soft drink with his artwork on it. 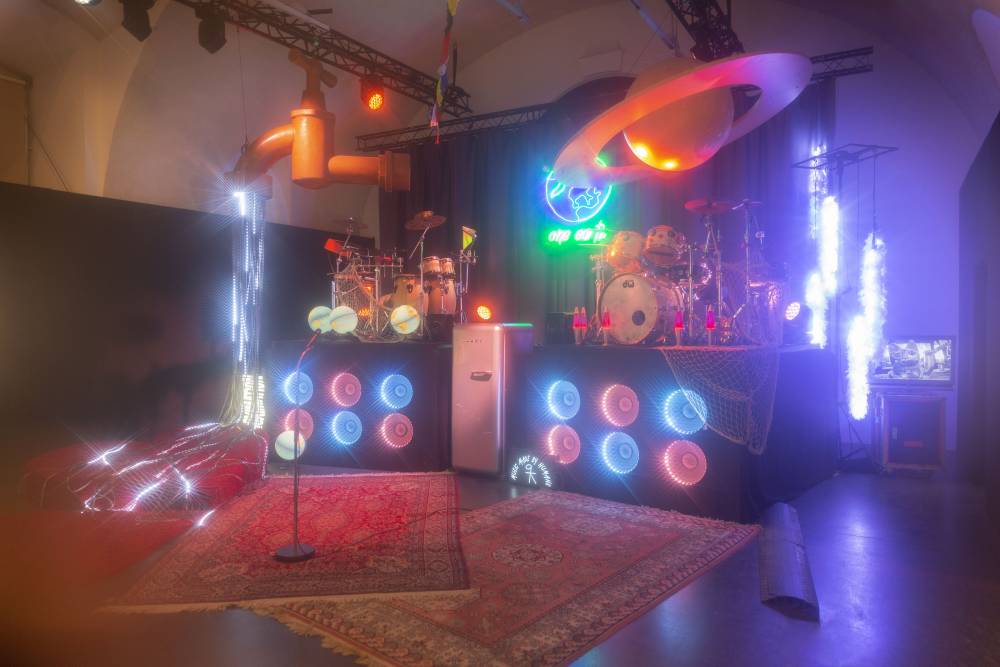 Even though there have always been connections between music and other art forms, they have often become visible only decades later as a retrospective. Not in this case though – some of the artworks are so recent, the stage set will even have to leave MuseumsQuartier twice, as it is part of the current Bilderbuch show.

While Bilderbuch fans won’t be missing out on this one, the exhibition also aims to inspire artists and musicians. The title image, the guitar created by Berlin collective Sucuk und Bratwurst, might just be the perfect symbol for the merging of art and music. What was initially created as a digital artwork has now been crafted into an actual statue for the exhibition. 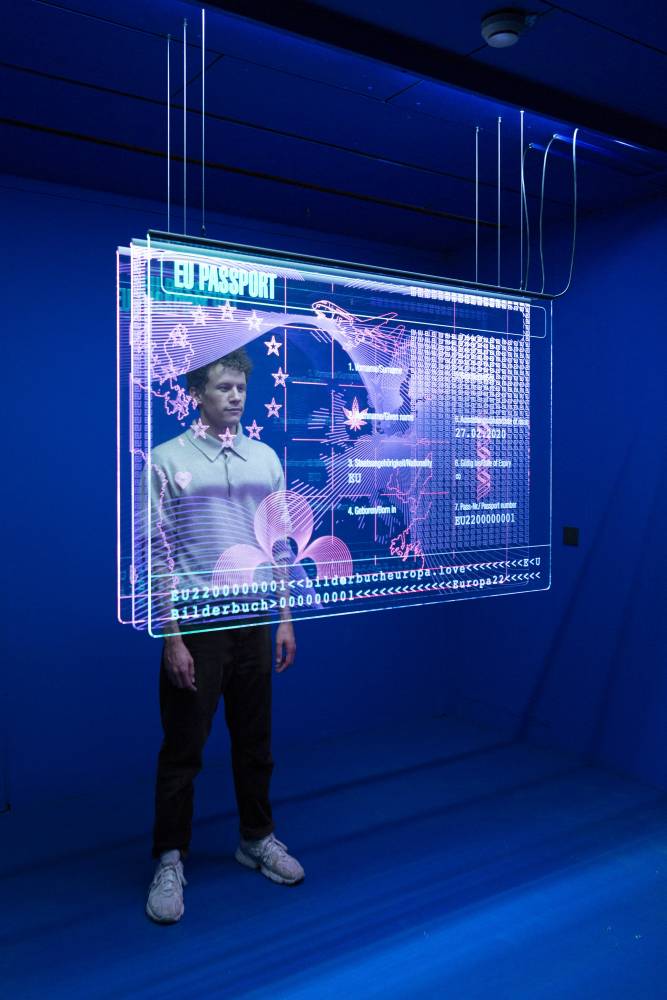 Another artwork that has been reinvented for the exhibition is Bilderbuch’s European passport. Right before the European elections in 2019, they worked with SELAM X to create a European passport promoting their new Single Europa 22. The idea behind it came from Maurice, who sees himself as less of an Austrian but more as a European citizen. People all over the world, including politicians, have then shared their personalized Bilderbuch passports under the hashtag #Europa22.

Find out more by listening to interviews with the artists and the band in the exhibition’s podcast and have a look at the artworks from 28.02. until 20.08.2020 at MuseumsQuartier Wien.

SELAM X and Sucuk und Bratwurst will be joining Forward Festival in Berlin on the 29th of May. Get your tickets now! 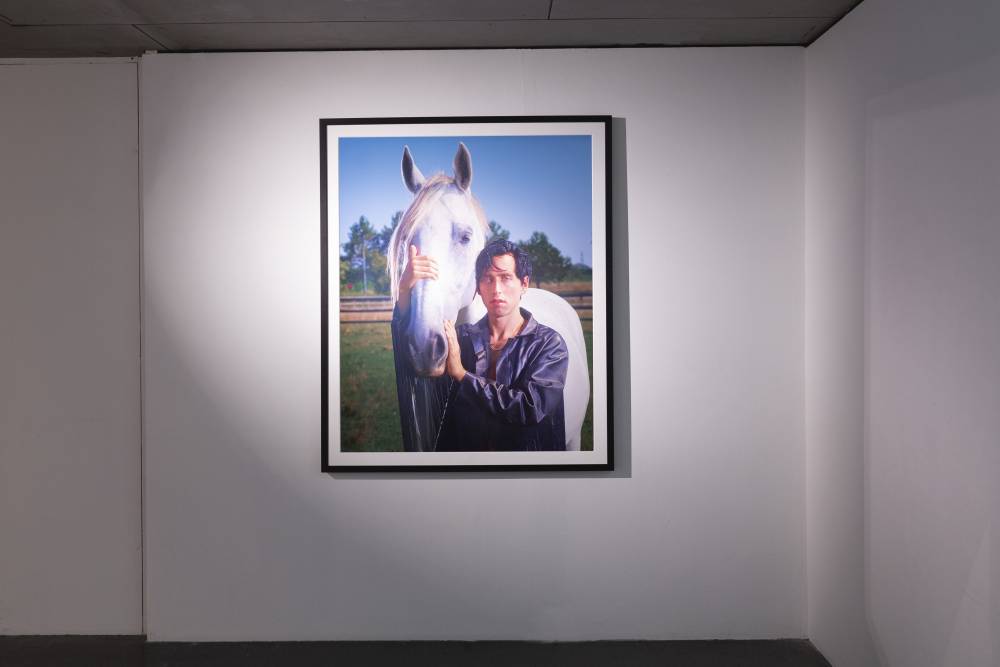 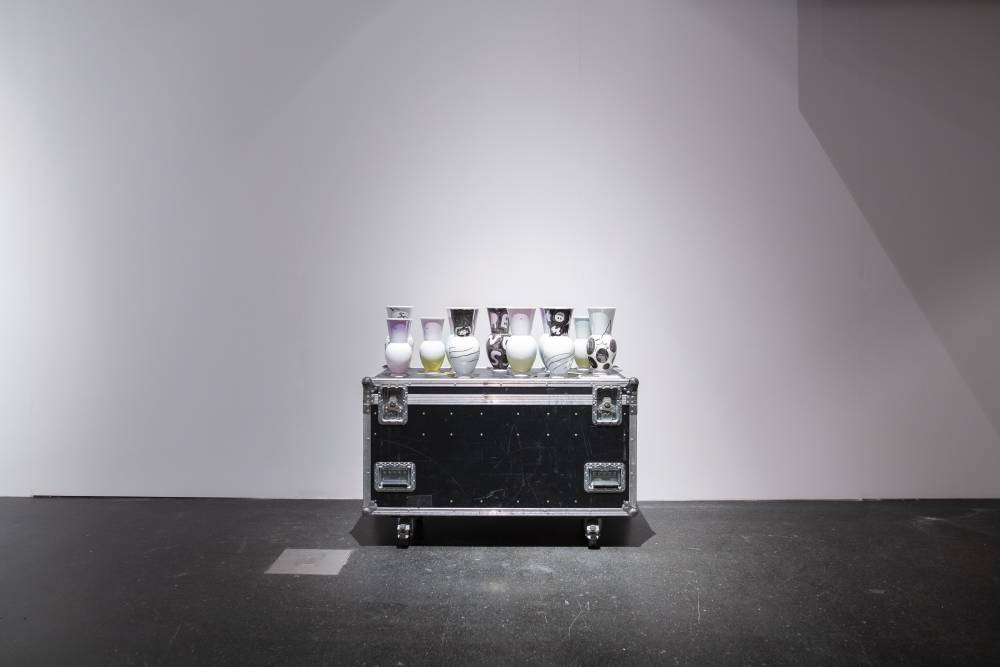 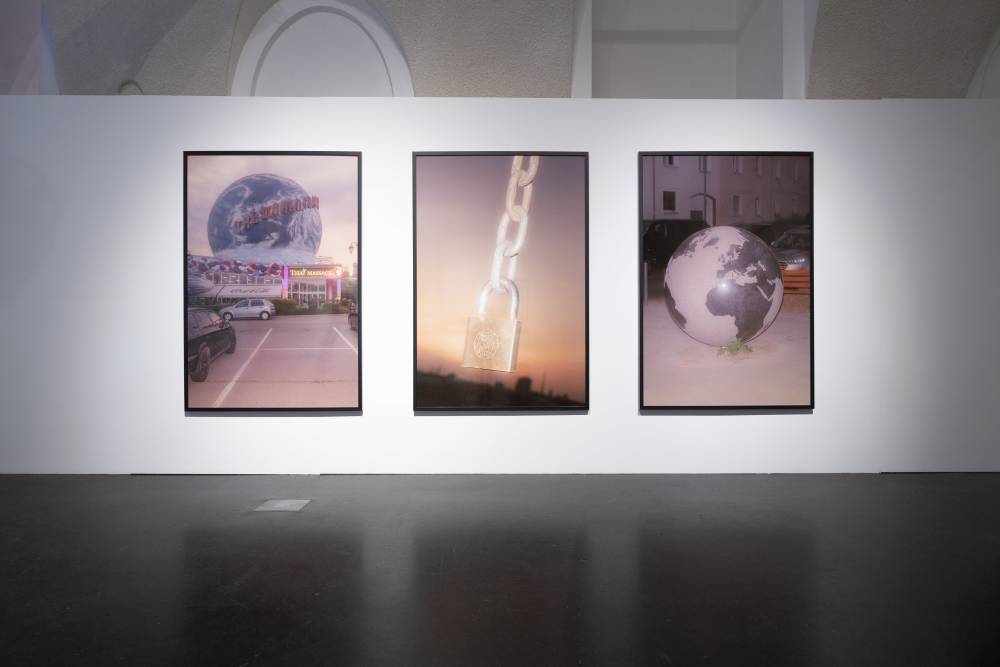